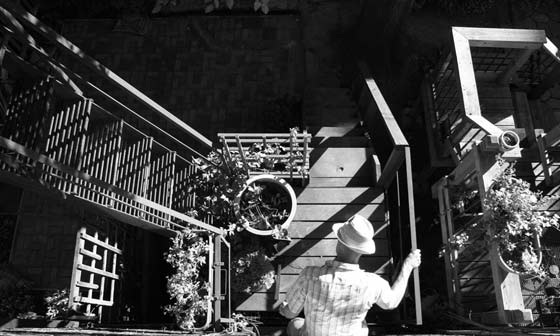 1. THE FIRST ALBUM I EVER BOUGHT WAS … “Beatles ’65.” Actually, my parents bought it for me. I think I had asked for another Beatles record, but this is one they found.

2. THE FIRST CONCERT THAT I EVER SAW WAS … The first concert that I was allowed to attend without one of my parents was Santana at the Rhode Island Auditorium. It was a big deal, so that’s why I remember it so well.

3. THE FIRST MUSICAL INSTRUMENT I EVER OWNED OR PLAYED WAS … a nylon-stringed antique that once belonged to my great grandfather. It was pretty beat up by the time I got hold of it. Interestingly, it was at one time a harp guitar, which was very popular in the early 20th century. I even have a picture of him with it. It had several more bass strings attached to it but was modified at some point into a six-string.

4. THE FIRST SONG THAT I EVER PERFORMED IN PUBLIC WAS … Probably “Gloria.” My first band in grade school (see below) had the chutzpa to ask if we could play a concert in the cafeteria/gym/auditorium.

5. THE FIRST BAND I WAS EVER IN WAS … The Incidentals, later renamed The Sophist Intrigue. The name came from the drummer’s older sister who designed band posters in San Francisco. She even painted the bass drum head and the lid of my guitar case. I wish I still had that!