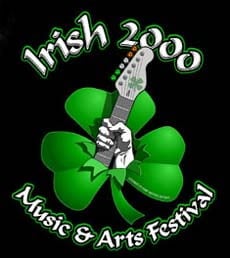 There’s no question that the 2010 Annual Irish 2000 Festival is Nippertown’s biggest Celtic music event this side of St. Patrick’s Day.

In fact, it’s one of the top five Irish music fests in the entire United States.

This weekend, the fest is returning to the Saratoga County Fairgrounds with a line-up of more than 20 great Celtic music performers who span musical genres from rock to folk and beyond.

The Irish 2000 Fest kicks off at 5pm Friday with a six-band lineup highlighted by Gaelic Storm and Enter the Haggis.

On Saturday, the fest kicks into high gear with five stages worth of music running all day long, beginning at 11:30am with such headliners as the Young Dubliners, Great Big Sea and the Irish Tenors’ John McDermott.

11:30am? That’s right. Guinness… it’s not just for breakfast anymore.

Here’s the schedule of performances: