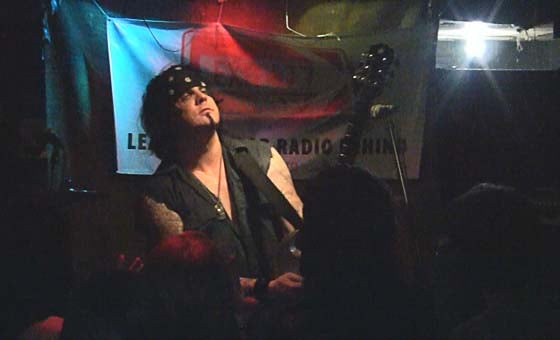 “I might have been drinking too much tequila tonight, but I can still play a guitar solo,” announced Erotics’ singer Mike Trash during “Anything,” a catchy sing-along tune from the band’s new album, “Today the Devil, Tomorrow the World.”

The Erotics were at Valentine’s last Friday night to celebrate the imminent release of “Today the Devil…”, a joint release between the U.K.’s Trashpit Records & Big Zee Music. For the clever admission price of $6.66, attendees received a limited edition preview version of the CD.

While the revenge-minded “Anything” has all the hallmarks of a great single, its lyrical hook contains too many f-bombs for it to ever end up on commercial radio. Something tells me the Erotics don’t mind. Their songs have always had a dark and twisted side—with tongue-in-cheek titles like “Gas Chamber Barbie Doll”—but “Today the Devil” takes the gleeful bitterness to a whole new level.

The hard-hitting album was produced by Don Fury, who has recorded punk legend G.G. Allin and hardcore greats like Agnostic Front, and has now set up shop in Troy.

Trash, looking the head-banger part in a shirt with cutoff sleeves, leather wristbands and a blue bandana, swigged a beer and worked the crowd on the album’s title track, “Today the Devil, Tomorrow the World,” at one point twisting his great gravelly metal voice into an Ozzy yell for good measure. A little later the band – which includes Johnny Riott on drums and Billy Beer on bass – whipped through a Ronnie James Dio cover.

“19 Going on Homicidal” was a cautionary tale about a teenage rock and roll kid who wants to kill people for attention, while “It’s True” – an older Erotics classic – proved to be one of the highlights of the night. 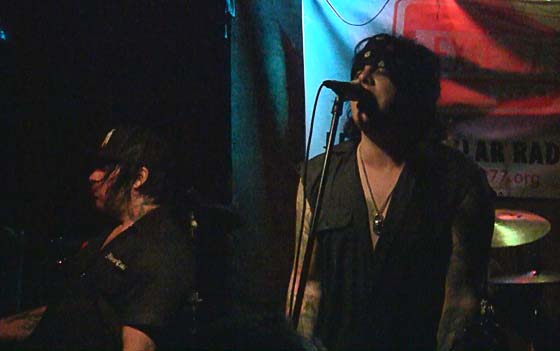 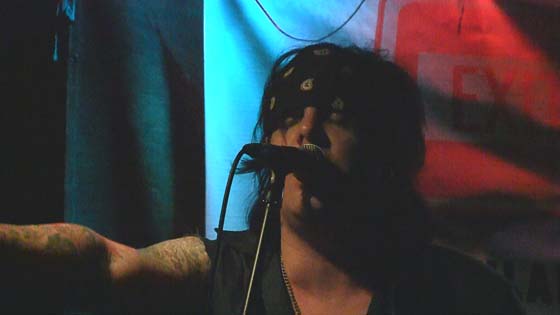