Bret Michaels, What Was the First Album You Ever Bought? 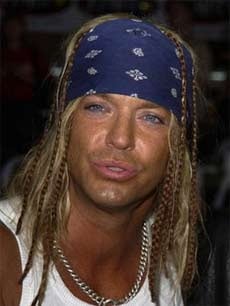 “Oh yeah, I remember exactly. The first record that I didn’t get from the back of a Cheerios box – you know, where I had to cut it out myself – I bought at a garage sale.

No lie, my first albums were ‘Led Zeppelin II’ and ‘Pronounced Leh-Nerd Skin-Nerd.’ That was a great place to start, and it got all good from there.”

It’s been an eventful year for Poison frontman Bret Michaels – an emergency appendectomy, a massive brain hemorrhage and a season with Donald Trump on “The Celebrity Apprentice 3,” on which he emerged as the winner. Now he’s back to rockin’, and Northern Lights in Clifton Park has got him at 8pm Wednesday. Stuck on Stupid and Desperate Union open the show. Tix are $32.50.