Henry Kaiser, What Was the First Album You Ever Bought? 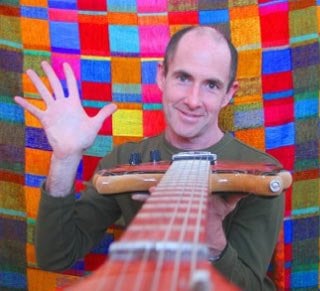 “I bought three albums the first day I bought music for myself at a music store in Carmel, California. I think it was 1966.

They were ‘Master Musician of India’ by Ali Akbar Khan, ‘Gesange der Junglinge and Kontakte’ by Karlheinz Stockhausen and ‘Born Under a Bad Sign’ by Albert King.

They were all records that I knew about from listening to Bay Area free-form and non-commercial radio back in the ’60s when these purchases occurred. I guess you could say that they reflected my already eclectic listening tastes.

All these years later, I still have all three albums. I don’t listen to the Stockhausen much, but the other two get played a couple of times a year. They were good purchases.”

Experimental guitar virtuoso Henry Kaiser will be at UAlbany’s Page Hall at 7pm on Wednesday to kick off the new season of the New York State Writers Institute with a screening of Werner Herzog’s 2007 film, “Encounters at the End of the World.” Kaiser served as the documentary film’s producer and underwater photographer, in addition to composing the soundtrack. At Page Hall, Kaiser will be joined by Wadsworth Center cellular biologist Samuel Bowser, who stars in the film. Admission is free.