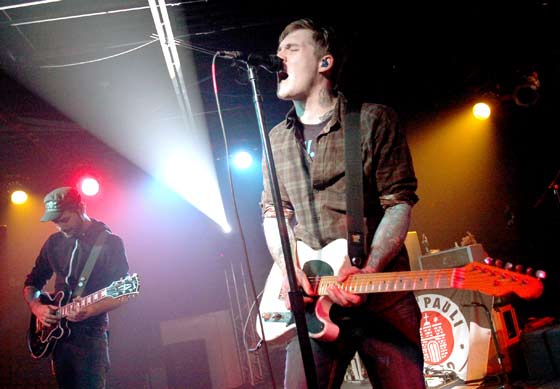 Somewhere around the time when the Gaslight Anthem was plowing through the title track from their new album, “American Slang,” a friend leaned over to me and said, “I guess every generation needs its own Bruce Springsteen.”

After all, the Boss has just celebrated his 61st birthday, and we all know that rock ‘n’ roll is a young man’s game.

Not that New Jersey’s Gaslight Anthem is a Springsteen clone or anything, but there’s no doubt that he’s been a huge influence on their sound.

And the word about Gaslight Anthem is spreading fast. Just a couple of years ago, they were playing at Valentine’s Music Hall. Last week they drew a large crowd of more than 700 to Northern Lights in Clifton Park on a Sunday night. And a few days later, they were headlining at Radio City Music Hall.

Not bad for a blue collar, meat ‘n’ potatoes rock ‘n’ roll band that’s only been together for five years.

After opening sets by straight-ahead punks Bridge and Tunnel and a more satisfying set from the more diversified Fake Problems, singer-guitarist Brian Fallon and his bandmates took the stage. Fallon leaned into the microphone and launched “High Lonesome” with its hook-line, “I always kinda sorta wish I’m someone else.”

Fans were more than happy that he’s exactly who he is. His voice strains around the edges, forsaking pitch in favor of passion. This isn’t your polished, perfect, ready-for-the-radio fodder. This is rock ‘n’ roll in all its ragged glory. It’s full of dynamics and drama.

They tore through one bristling, fist-pumping anthem after another, laced with an impressive array of infectious hooks. Beer sales soared. More than once, they brought a song to a thrilling climax, stopped dead, took a breath and came charging back into it, taking it to even higher heights.

The Gaslight Anthem isn’t breaking any new ground. They’re standing on the shoulders of dozens of rock heroes. But it was a real thrill to have it all sound new and fresh again.

THE GASLIGHT ANTHEM SET LIST
High Lonesome
Stay Lucky
We Came to Dance
The Diamond Street Church Choir
Old White Lincoln
Even Cowgirls Get the Blues
The ’59 Sound
American Slang
Miles Davis and the Cool
Bring It On
The Queen of Lower Chelsea
Orphans
Film Noir
I’da Called You Woody, Joe
I Coulda Been a Contender
She Loves You
Great Expectations
ENCORES
State of Love and Trust (Pearl Jam)
Wooderson
Boxer
Here’s Looking at You Kid
The Backseat 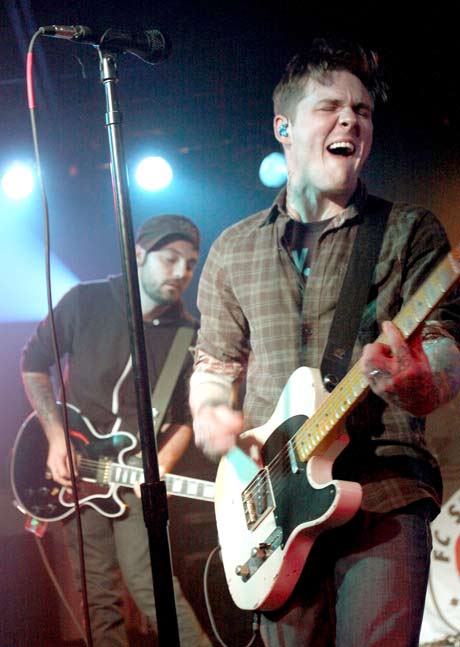