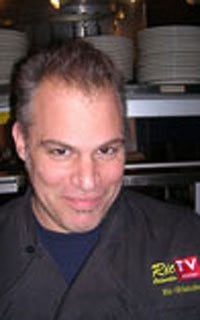 The New World Bistro Bar in Albany was honored with a 2010 Sante Restaurant Award for culinary excellence in the Innovative Food category – one of only 16 restaurants in the country to be so honored.

Now in their 13th year, the Santé Awards – the only peer-judged national restaurant and hospitality competition in North America – recognize excellence in restaurant food, wine, spirits and service hospitality.

2010 has been a very good year for Orlando, who was also a two-time winner on this season’s cooking competition television show, “Chopped” seen on The Food Network.