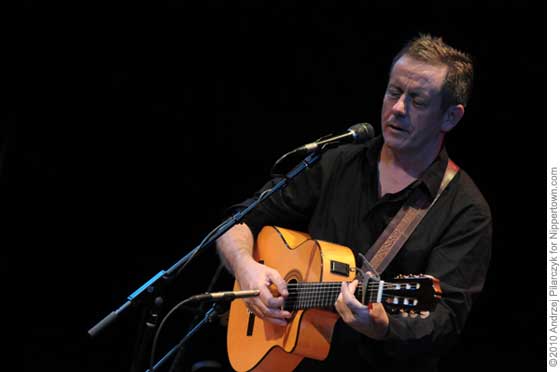 Luka Bloom is a great Irish troubadour from County Kildare who’s been on the folk and Irish music scenes since 1969 when he started out opening for his eldest brother, the legendary Christy Moore.

Bloom stepped out onto the stage at The Egg on Friday night, only to find that three-quarters of the intimate Swyer Theatre were empty. That was unfortunate because Bloom’s passionate singing, energetic guitar playing and joke-laden storytelling are so wonderfully brilliantly and thoroughly Irish. His songs about America have that wonder of discovery about them, and the Irish tunes have that patented longing for the homeland.

It’s odd that there wasn’t a bigger turnout because Nippertown’s large Irish-American contingent almost always fills the region’s clubs and concert halls when one of their own comes to town.

Maybe it’s in his name?

Barry Moore has used the name Luka Bloom as a professional pseudonym since 1987, when he decided to change his name to avoid confusion and comparison with his brother Christy and pursue his own individual path.

But under any name, he is a gem of a performer who’s released over a half-dozen inspired albums including his latest, “Dreams in America.”

And despite the turnout (or lack thereof), Bloom seemed genuinely thrilled to being playing for the small crowd. He dropped in a few cover tunes along the way – including Dylan’s “Make You Feel My Love” and the Ewan MacColl standard “The First Time Ever I Saw Your Face.” But his own original material was the heart and soul of the show, from “You Couldn’t Have Come at a Better Time” to the encore of “Cold Comfort.”

For those in attendance on Friday, Bloom did not disappoint, raising everybody’s spirits with smiles all around. 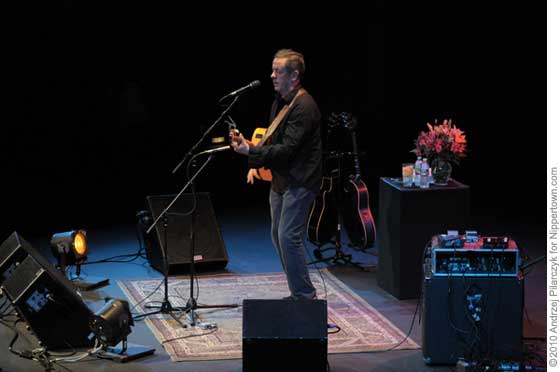