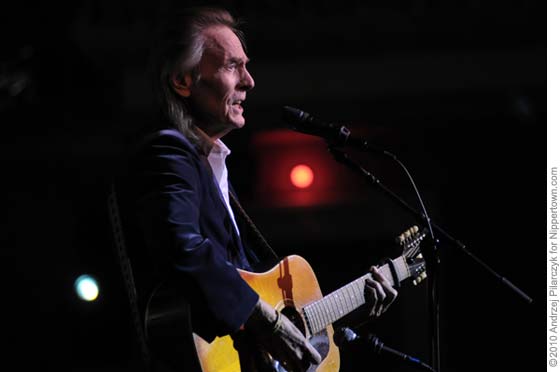 The audience slowly settled into their seats as the buzz of chitchat slowly climbed and filled the Troy Saving Bank Music Hall all the way up past the second balcony and box seats. Practically all of the seats were filled, and the crowd’s anticipation for the star performer was almost at a boiling point.

There was no opening act – only the headliner and his band were playing that night. The lights flickered on and off. The stragglers n the lobby took their seats. Within minutes, the band walked out, followed by Gordon Lightfoot, who took center stage in the spotlight’s glare to the warm embrace of applause.

After the cheering died down, Lightfoot opened fire. From the start, his biggest ’70s hits took flight. The opening pairing of “Did She Mention My Name” and “Carefree Highway” shimmered, and the mesmerized crowd that filled the hall seemed to hang on every note.

Lightfoot’s performance in Troy was a testimonial to the fact that good music is indeed timeless. Although he hasn’t had a hit record since 1978, the iconic Canadian troubadour proved that he’s still an important singer-songwriter.

Lightfoot’s once booming baritone isn’t what it used to be. The years have shaved off most of his upper vocal register, and his trademark burr has deteriorated considerably. But it’s still an honest, penetrating voice. And when wrapped around his epic historical songs (“The Wreck of the Edmund Fitzgerald”) and deeply personal ballads (“If You Could Read My Mind”), it’s a voice that resonates with passion, too.

A month shy of his 72nd birthday, Lightfoot still had it together as a sparkling musician and a dashing performer, decked out in a bright blue blazer and a ultra-white shirt. He has become, through perseverance, an elder statesman of folk music. And judging by his Troy performance, he fits the role very well. 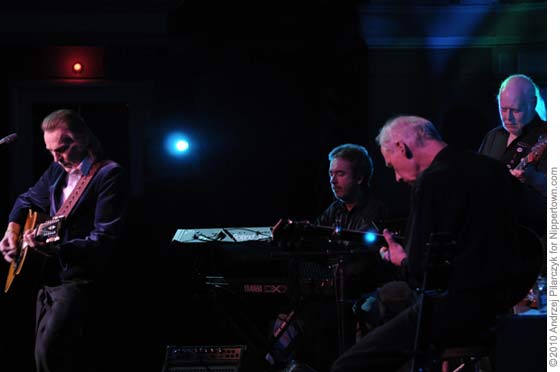