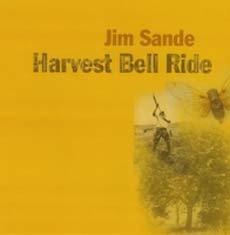 The first time that I remember Jim Sande messing with my head was many years ago at the old Lark Tavern. He was playing with his rock trio of the time, the Executives, and they segued from some Jimmy Buffett song (it might have been “Cheeseburger in Paradise”) directly into a glorious, celebratory rendition of John Coltrane’s “A Love Supreme.”

Obviously, Sande had some big ears.

He went on to play in such other vintage Nippertown rock combos as Hot Lobsters, the all-star Squareone, Signs of Life and Boy in the Buttons.

But by 1990, he had pretty much left the rock (as well as the Parrotheads and most of the jazz) behind to form the Jim Sande Ensemble, a heady guitar trio that also featured core members Michael Farley and Joe Hetko. The music evolved into a kind of high-energy, avant-classical music or perhaps a better term might be “alternative chamber music.”

Finally, about a decade ago, Sande headed out on his own. The music was even more difficult to describe. His 2001 debut solo recording was “Prim: music and songs for hetaira orbiting alchemy and sahasrara,” and he had set out for uncharted musical territories.

His latest album, “Harvest Bell Ride,” finds Sande making the most exquisite music of his long and varied career. The selections – 15 original instrumental pieces that stretch out over the course of an hour – are adventurous contemporary classical music, sometimes just a small ensemble of sounds, sometimes lush and orchestral.

You can hear echoes of the influences of such composers as Arvo Part, Steve Reich and especially Michael Nyman, but this Sande’s own unique musical vision, an ode to the everyday moments of thoughtfulness and relaxation that occur in our ordinary lives, moments that often go unnoticed or unrecognized. The twinkling, slightly fractured “August Bug Hum,” for instance, focuses our attention of the music of nature on a quiet summer night in the country.

Jim Sande’s “Harvest Bell Ride,” as well as his earlier albums, “Prim” and “Particle,” are available through CDBaby.