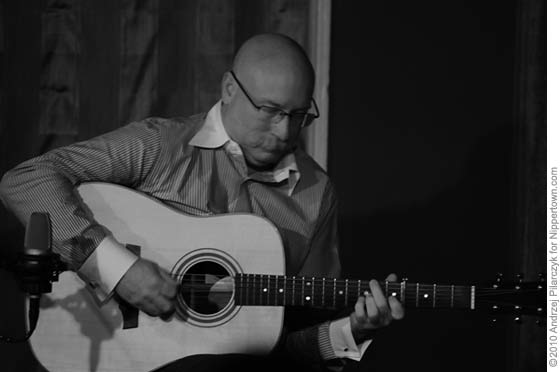 You just have to hear a couple of notes from David Grier’s guitar to know that this man is a monster flat-picker. He’s among the best of the best. He’s the son of renowned bluegrass banjo master, Lamar Grier, and as a little boy stood in the wings of stages across the country while his dad played with bluegrass legend Bill Monroe’s outfit the Blue Grass Boys.

Last Sunday evening in front of several-dozen bluegrass fans, Grier made it easy to connect the dots as to why the International Bluegrass Music Association named him Best Guitar Player of the Year and why Acoustic Guitar Magazine listed his “Lone Soldier” album as one of 100 Essential Acoustic Guitar Recordings of all Time.

Grier told loads of stories about his travels and bluegrass experiences while he tuned his guitar or adjusted the capo between songs. With an enigmatic smile under that bushy white moustache of his, he played one tune after another – including some from his most recent solo release, “I’ve Got The House to Myself.”

During the whole night not one person in the audience moved, coughed or whispered a word while Grier was playing. He was mesmerizing! 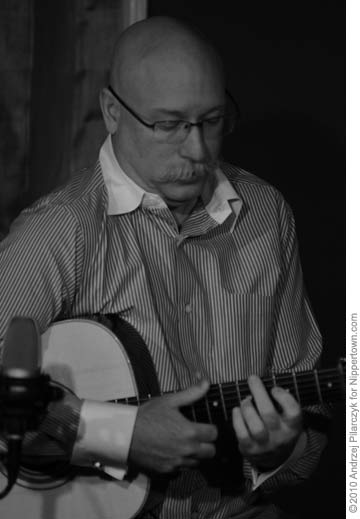