CD: Howard Fishman’s “Better Get Right”; “No Further Instructions”; “The World Will Be Different” 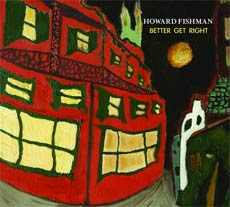 Howard Fishman is a tireless and oh-so-restless musician.

During the course of his impressive musical career, he’s racked up a big batch of rave coast-to-coast reviews from The New York Times (“transcends time and idiom”) to The Los Angeles Times (“At a time when performers in virtually every genre are trying to stretch their stylistic boundaries, Fishman refuses to acknowledge that boundaries exist”).

He’s written “We Are Destroyed,” a jazz opera about the Donner Party (performed at Joe’s Pub in New York City, the Steppenwolf Theater in Chicago and the Pasadena Playhouse in California) and delved deep into the Big Pink collaborations of Bob Dylan and the Band (“The Basement Tapes Project”). 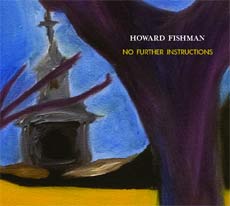 But the omnivorous music master has outdone himself with his current adventure – the simultaneous release of three CDs that head off in different directions – both sonically and musically.

Perhaps the best of the bunch, “Better Get Right” explores the sounds and culture of New Orleans. Fishman was a longtime Crescent City resident in the pre-Katrina years, and it’s clear that the city has gotten deep under his skin. Yeah, it’ll do that to ya. Backed by the Biting Fish Brass Band, Fishman serves up an inspired gumbo of original gems (the second line strut of “Tee Na Na”), traditional Big Easy classics (“Down by the Riverside”), civil rights anthems (“We Shall Not Be Moved”) and an odd-ball, but oh-so-perfect cover of Wall of Voodoo’s “Mexican Radio.”

Veering halfway around the world from Louisiana, “No Further Instructions” was inspired by Fishman’s musical journey through Romania, Ukraine and Hungary with childhood friend Michael Benanav, who provides the beautiful photographs in the CD booklet. 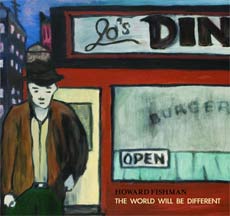 “The World Will be Different” is clearly the most personal and painful of the CD trilogy, chronicling the break-up of a passionate love affair in the most intimate of terms. The music is considerably more spare and pared back than on the other two discs, but the music is no less powerful as Fishman bares his soul in no uncertain terms.

Howard Fishman plays Club Helsinki Hudson in Hudson at 9pm on Friday in celebration of the release of all three discs. It should make for a glorious, globe-trotting evening of music. Tix are $25 and general admission.