Eric Andersen, What Was the First Album You Ever Bought? 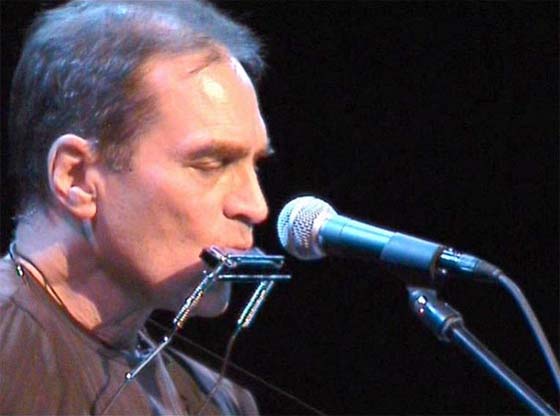 “I think it was ‘Songs Our Daddy Taught Us’ by the Everly Brothers. It was an album of Kentucky ballads. That’s how I learned to play guitar – playing along with that album.

And then there was Elvis Presley and Bill Haley – you know, the first rock ’n’ roll. Chuck Berry. And I love Little Richard.

I grew up in Buffalo, and the radio station there WKBW had George ‘The Hound Dog’ Lorenz, who played all the cool R&B. That’s where I first picked up on so much cool music – absolutely incredible stuff like Lightnin’ Hopkins, Otis Spann, Muddy Waters and B.B. King.”

Veteran singer-songwriter Eric Andersen stops by Caffe Lena in Saratoga Springs for a concert at 7pm on Sunday. Davey O opens the show. Tix are $25 in advance; $27 at the door.