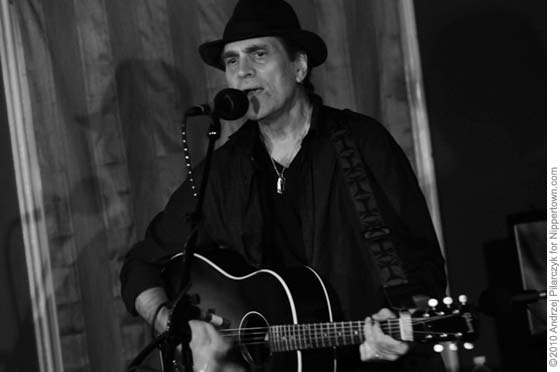 Singer-songwriter Eric Andersen was one of the bright lights that sparkled decades ago on the Greenwich Village folk scene. Dylan, Paxton and others may have overshadowed him in that 1960s folk Mecca, but now as then, Andersen’s songs are no less relevant or powerful. As the magic of the time has faded into myth, and the glories of the ’60s have been written and re-written time and again, Andersen has stayed true to his political beliefs and poetic visions.

On a recent Sunday night on the hallowed stage of Caffe Lena in Saratoga Springs, Andersen traversed his long and impressive songwriting career playing a handpicked selection of relevant tunes to share during his soulful performance.

These days, Andersen is an expatriate living in Holland, but his heart is still here in America – both past and present. His keen commentary on the current political and social situations here in the United States found his way into many a song delivered in his deep, warm and melodic voice.

Premiering a few tunes from his upcoming European album, “The Cologne Concert,” Andersen has mellowed a bit vocally, but spiritually he has grown into an acute and seasoned songwriter. And lest you imagine that Andersen is a musician still mired in the ’60s, consider that he likely the only songwriter on the planet who has collaborated with both Townes Van Zandt and Lou Reed.

Sadly, this may have been Andersen’s last tour on this side of the Atlantic. It’s unfortunate that the public at large on this side of the pond has relegated Andersen to an icon of days gone by because he is a musical poet whose talent and wisdom have been recognized by the likes of Judy Collins, Linda Ronstadt, the Grateful Dead and Eilen Jewell, all of whom have performed and recorded his songs.

But, of course, there’s nothing quite like hearing his songs in Andersen’s own voice. 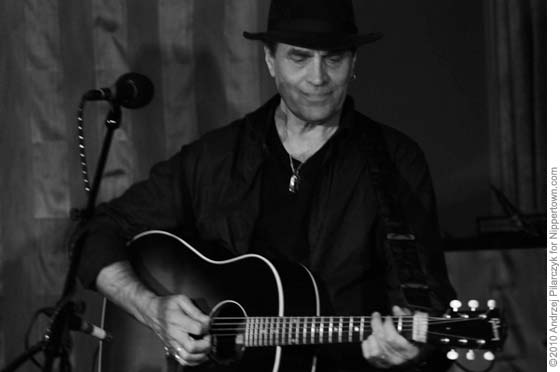