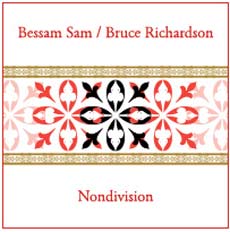 Bessam Sam and Bruce Richardson have just released their debut album “Nondivision,” on the Rev Records label. The improvisational music album, which they describe as “free jazz post-rock,” consists of two extended tracks, the 10-minute “Mother and Son” and the 20-minute “That the Self Should Birth Itself.” It’s available as a digital download ($2) as well as on compact disc ($5).

Congratulations to sonic explorer the Beige Channel (aka, Michael V. Farley), whose track “Lifetime Pop Head” will be featured on the upcoming compilation disc “50/50,” from the folks at Some Assembly Required. The album is a collection of 50 sound collage compositions, all of which are just 50 seconds long.

Dave Graham of the Blisterz has been hard at work recording his solo acoustic album debut. You can check it out here, but in our book, he’s already nailed down top honors for Best Song Title of the Year – “Death Metal Font.”