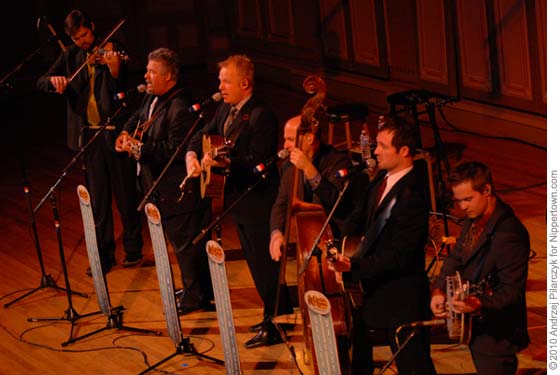 If Bill Monroe is the father of bluegrass music, then Dailey & Vincent and their fine group are all his grandchildren.

Guitarist and vocalist Jamie Dailey in partnership with upright bassist-vocalist Darrin Vincent have made a big splash on the national bluegrass scene since they hooked up together in Nashville just a few years ago. The boys have racked up a ton of awards and released three CDs to critical acclaim.

Paying their dues and honing their craft – Dailey as a member of Doyle Lawson & Quicksilver and Vincent as a member of Ricky Skaggs’ Kentucky Thunder – these two veteran Nashville cats have combined their road-tested talents to form a bluegrass super-group under their own names. They even got Cracker Barrel to sponsor their current tour and their latest CD tribute to the Statler Brothers.

With a truckload of catchy material and a four-piece backing band that knows how to cook up that Kentucky bluegrass in all sorts of appetizing ways, Dailey & Vincent dropped by the Troy Savings Bank Music Hall to put on a stunning show filled with loads of back-porch country humor and virtuoso instrumental skills, as though the spirits of Bill Monroe & the Bluegrass Boys standing right behind them on stage.

While their instrumental talents were mighty impressive, their vocal chops were simply astounding. It ain’t easy to tackle those classic Statler Brothers’ tunes – “Elizabeth,” “Flowers On the Wall” and, of course, “Daddy Sang Bass” – but Dailey & Vincent and crew nailed ’em to the wall.

Closing the show Dailey told the devoted audience that they were going to sing one of their favorite baseball songs. After just a few bars of the familiar song, the audience was on its feet. No, it wasn’t exactly a standing ovation – it was “The Star Spangled Banner” sung as an a cappella quartet! 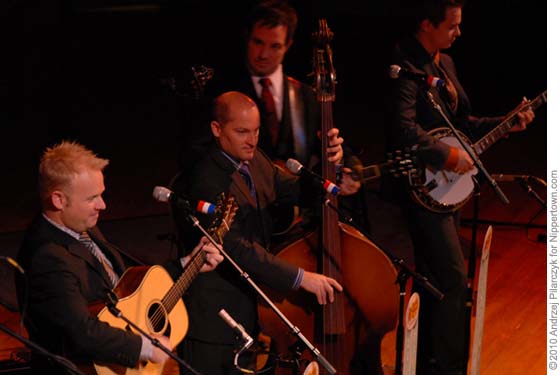 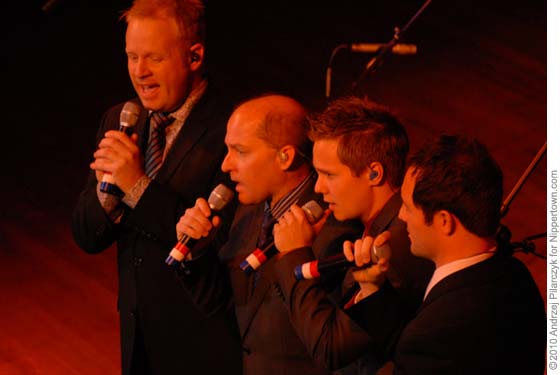 Concert Attendance Is Waaaaaaay Down