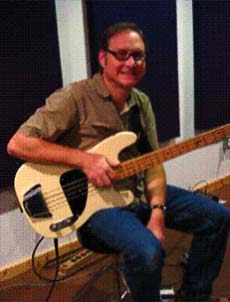 1. THE FIRST ALBUM I EVER BOUGHT WAS … “Galveston” by Glen Campbell. He did a summer replacement show for “The Smothers Brothers Variety Hour” in 1968 called “The Glen Campbell Show” that really impressed this young lad, so I saved up for MONTHS and bought this LP when it came our for a steep $4.99. I still think it’s a great album!

2. THE FIRST CONCERT THAT I EVER SAW WAS … The Carpenters, Saratoga Performing Arts Center, circa 1971. In between my “thing” for Glen Campbell and the Beatles, there was the Carpenters.

Those haunting vocals and great arrangements really tugged at my pre-adolescent heartstrings I guess, so I begged my folks to drive me from my very small town in very rural Washington County to “The Big City” of Saratoga Springs to see them for my 12th birthday. I recall Karen starting the show with the stage in total darkness for the first verse of “We’ve Only Just Begun”, then at the start of the second verse the lights suddenly came on to reveal Karen, Richard and a full band on the stage who proceeded to play flawlessly (to these young ears anyway) for the rest of the show.

Although I doubt this is where I caught my “Rock and Roll Flu,” it did seem to be the dawn of my appreciation for good melody and arrangements.

3. THE FIRST MUSICAL INSTRUMENT I EVER OWNED OR PLAYED WAS … The Trumpet. Gave up after a year. I still don’t like them!!!!! (Unless it’s MILES!)

4. THE FIRST SONG THAT I EVER PERFORMED IN PUBLIC WAS … “Sunshine of Your Love” by Cream. I think this should be required learning for any budding rock and roller!

5. THE FIRST BAND I WAS EVER IN WAS … Blue Earth, circa 1977. We knew a grand total of eight or so songs. We all played through a single ancient flip-top Ampeg and blew it up somehow every other rehearsal. Hey, ya gotta start somewhere!

Bassist Bill Cormier and his bandmates in Ray Murray & the Bomb Squad – Tim Whalen (guitar, mandolin) and Peter Taormina (guitar, drums) – step into the spotlight at Caffe Lena in Saratoga Springs at 7pm on Wednesday. Admission is $5.

More New Shows at The Egg

Bridget Ball, What Is Your Favorite Holiday Song?

Saturday, The Hangar on the Hudson
EVENT DETAIL
No event found!