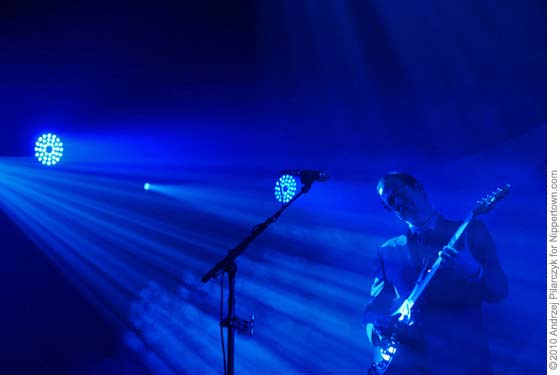 The rescheduled October 30 moe. Mischief Night show finally went down last Saturday night with the fan-selected theme – “Electric Lemoe.nade Acid Test.” The band gave a nod to their upstate origins playing at the Washington Avenue Armory in Albany. It was the perfect venue for the capacity crowd of costumed Merrymakers and Merry Pranksters. The attire was festive, freaky, naughty, and nice with Grinches, Santa Claus, Jesus, Satans, hippies, bananas, fairies, mullets, angels, insects, animals, dudes in drag, pretty girls and many other inspired creations. One person dressed up as a human whoopie cushion and another was a Hunter S. Thompson look-alike. I was given a feather boa and a candy necklace by a stranger to add to my own silly costume.

The moe. family of true believers and the newly indoctrinated were treated to an evening of pure fun and raucous joy. And, oh wow, did moe. bring the party. The neatly dressed band set up the test and started the three hour plus trip with a slower, flowing rhythmic build -up of new material. The percussion was reminiscent of Zappa, with angular, staccato beats. The set list reflected the theme with songs such as “Chromatic Nightmare,” “Not Coming Down,” “Wormwood,” “Interstellar Overdrive,” “Moth,” “Suck A Lemon,” “Plane Crash,” “Silver Sun” and “Recreational Chemistry.” The stage was back-lit with plasma projections as moe. projected their own superb, heated jams. The dancing was furious and so easy to fall into with long, powerful grooves during the first set.

The second set had the trip kicking in with full force – both musically and visually. moe. was decked out with insect/alien type masks and headgear. Big Nazo, the visual artists and puppeteers, choreographed a bizarre spectacle, interacting with the band and audience. Towering monsters and creepy creatures swarmed the stage. The rhythmic chaos mirrored the cosmic scene. It was a bit overwhelming, but I was brought back by a torrid run of “No Refrain”> “Buster”> “meat”> “Mar-Dema”> “meat.” This high-vibe event was a reminder of why moe. is such a sought after experience. They expertly deliver every time. I also love the fact that the shows are easily accessible and somehow still feel cozy despite the crowd. The so-called moe.rons still feel acknowledged and appreciated. The evening ended with ecstatic fans – some passed the test with flying colors; others I’m not so sure. 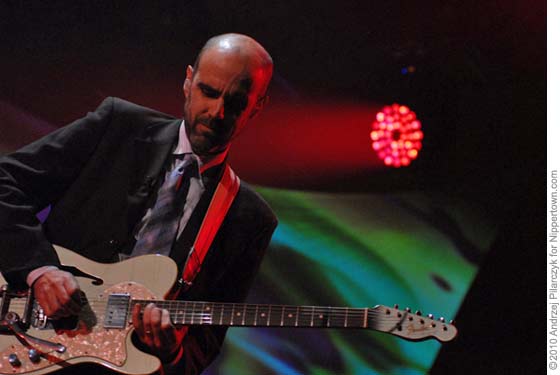 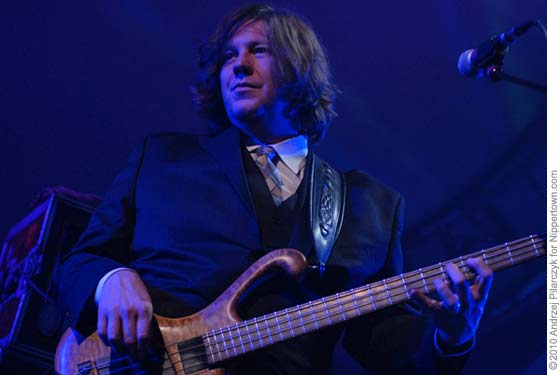 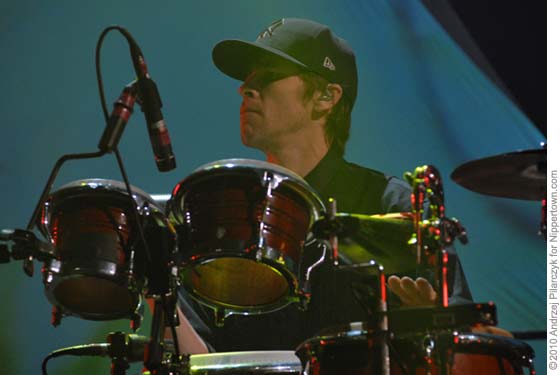