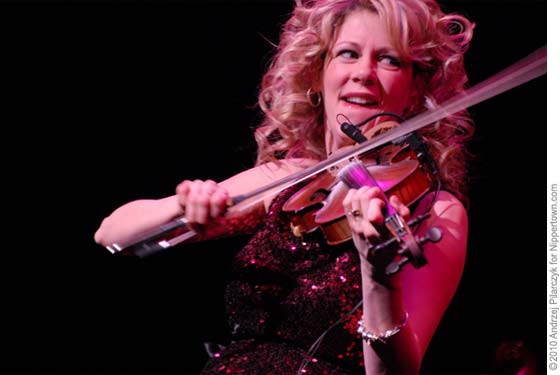 Ah, those Christmas shows just keep rolling across the calendar, don’t they? Last Sunday evening at The Egg, it was Natalie MacMaster’s turn, and the Canadian fiddler fired up her Christmas celebration Cape Breton-style in front of a crowd of about 700 fans.

Like any good Christmas show, family was at the heart of the performance. Pregnant with her fourth child (due in January), MacMaster didn’t let that slow down her fiery, impassioned fiddle playing. Or her step-dancing, for that matter.

And in addition to her four-piece backing band which featured drummer JD Blair – yes, he was at The Egg less than two months ago playing with Victor Wooten – MacMaster also brought her three-year-old into the spotlight to do some step-dancing. MacMaster’s 16-year-old niece offered some fancy footwork, too, but was even more impressive vocally, as she sang a heartwarming rendition of “Have Yourself a Merry Little Christmas.”

And the Cross River Youth Chorale – local favorites from Columbia County – raised their voices in a holiday medley as well, under the direction of Sheri Bauer-Mayorga.

Amid the holiday lights, ornaments, bows and boughs that decorated the stage, MacMaster kept the patter up between tunes, regaling the audience with tales about the joys of motherhood, the closeness of family and the warmth of community.

Which, of course, is what every good Christmas show is all about.

SECOND OPINIONS:
Excerpt from David Singer’s review at The Daily Gazette: “Toward the end of the show she finally took a seat, talked some more and played ‘her most favorite kind of music: Cape Breton fiddle music. Nothing moves me like that.’ The band left the stage at this point, and she played alone with the piano player. This portion of the show felt the most genuine, and MacMaster played with more emotion than she had with the full band.” 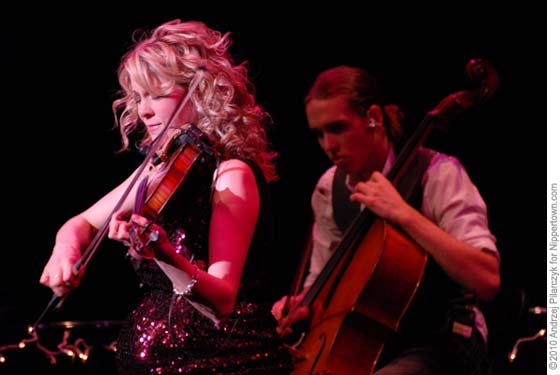