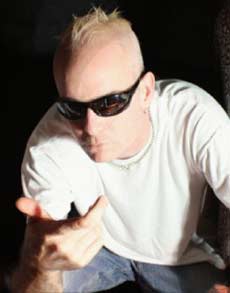 1. THE FIRST ALBUM I EVER BOUGHT WAS … I had a KISS “Destroyer” LP growing up, which was handed down to me, and I absolutely loved it. I mean, I know every lyric in that recording still. The first album (um … cassette, actually) that I actually purchased I specifically remember being Quiet Riot “Metal Health.” Bang your head!

2. THE FIRST CONCERT THAT I EVER SAW WAS … My parents brought me to see Rick Springfield at SPAC in 1984. He was a wild man, climbing on the speaker stacks and jumping around. I thought that was pretty cool.

3. THE FIRST MUSICAL INSTRUMENT I EVER OWNED OR PLAYED WAS … I couldn’t be in school band until fifth grade. So, only being in fourth at the time, I joined the orchestra and picked the violin. My mother couldn’t stand it, as I was pretty bad at it. After a year of torture, I’m sure she was relieved when I brought home a snare drum the following year. And I banged on that pretty much every day until graduation.

4. THE FIRST SONG THAT I EVER PERFORMED IN PUBLIC WAS … Neil Young’s “Rockin’ in the Free World” at my own high school graduation party (one of the first songs I learned on guitar.) The first original song I played out was one I wrote that same year, titled “Call My Name,” which has since evolved into a Phillips Head core song. It was at one of Café Lena’s open mic nights, somewhere around 1992. I was so nervous.

Guitarist-vocalist Jason Irwin – who is also the music director at radio station WEQX-FM – and the rest of his Phillips Head bandmates step into the spotlight at Putnam Den in Saratoga Springs on Saturday night. Doors open at 8pm, and admission is $10. Paranoid Social Club headlines, and Skeletons in the Piano round out the bill.

Signs of the City: Hudson