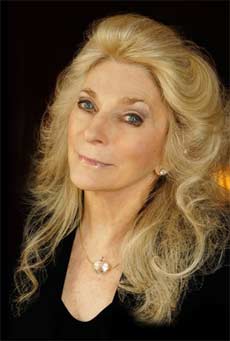 Judy Collins started out her career as a folksinger, but over the years, she’s become so much more than that.

She is a consummate interpreter of songs. Her renditions of Leonard Cohen’s “Suzanne,” the Beatles’ “In My Life,” the traditional “Amazing Grace” and Stephen Sondheim’s “Send in the Clowns” are certainly among the most definitive versions ever recorded.

Although she hasn’t made a stop in Troy for a couple of years now, her annual holiday tour concerts at the Troy Savings Bank Music Hall became something of a tradition over the course of nearly a decade.

On Tuesday evening, Collins finally makes her overdue return to the Troy Music Hall, and she’s got a new album to draw from, as well. “Paradise” proves that Collins hasn’t lost her magic musical touch, as she weaves her gold ‘n’ silver voice around a batch of marvelous tunes from such songmasters as Jimmy Webb, Tom Paxton and Tim Buckley.