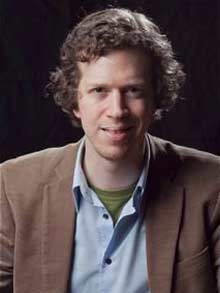 1. THE FIRST ALBUM I EVER BOUGHT WAS … “Seven and the Ragged Tiger” (Duran Duran – a cassette; I only bought it because my best friend’s sister was into them)

2. THE FIRST CONCERT THAT I EVER SAW WAS … Pat Benatar at SPAC (I was like four years old)

3. THE FIRST MUSICAL INSTRUMENT I EVER OWNED OR PLAYED WAS … piano (not counting toy instruments)

4. THE FIRST SONG THAT I EVER PERFORMED IN PUBLIC WAS … Bach Minuet (a few of them… I think at St. George’s Church in Schenectady)

5. THE FIRST BAND I WAS EVER IN WAS … Pig Fear (I played metal sax)

Schenectady native and saxman Matt Steckler plays a homecoming concert with his band Dead Cat Bounce at Proctors in Schenectady at 7:30pm on Saturday in the second installment of the three-concert series Party Horns NYC. Admission is $15.