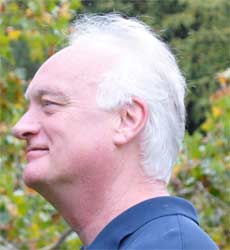 1. THE FIRST ALBUM I EVER BOUGHT WAS … the Beatles’ second album, a Capital Records U.S. release, which contained a lot of the early cover songs they did like Smokey Robinson’s “You Really Got a Hold on Me” and Chuck Berry’s “Roll Over Beethoven.” Of course the big hit on that album was “She Loves You.” I listened over and over and stared at the photos on the front and back covers for hours on end.

3. THE FIRST MUSICAL INSTRUMENT I EVER OWNED OR PLAYED WAS … A guitar that I bought at a local department store in my old neighborhood in Staten Island. I paid $56 for it. It was sunburst with three pickups and a white pick-guard. Shaped something like a Fender Jaguar. It was virtually unplayable, but it looked really cool.

4. THE FIRST SONG THAT I EVER PERFORMED IN PUBLIC WAS … It was either the Beatles’ “If I Needed Someone” or “Come On Up” by the Young Rascals.

5. THE FIRST BAND I WAS EVER IN WAS … The Rouges played around Staten Island. We shared the bill at a dance at the Jewish Community Center on Forest Avenue with David Johansen before the New York Dolls years. He was a couple of years ahead of me in school, and they were a lot better than we were.

Backed by an all-star band – featuring bassist Tony Markellis and cellist Monica Wilson-Roach, among others – veteran singer-songwriter Bob Warren showcases selections from his new self-titled album and his considerable back catalog in concert at Burton Hall, Route 40, Easton at 7pm on Saturday. Brittany Rivers opens the show. Tix are $10 in advance; $12 at the door.