From Janos Balazs’ first notes on the Massry Center’s Steinway grand piano you knew you were in the presence of greatness. The young man’s fingers had that magical touch that only a few in recent history have had: Artur Rubinstein, Glenn Gould and maybe even Van Cliburn – the winner of the Russian Chopin competition which helped melt the Cold War just a little so many decades ago.

Balazs’ passion for the compositions of Frederic Chopin was evident from his first choice of the classical master’s canon: Impromptu No. 4, Op. 66 in C Sharp Minor (“Fantasie”) through two polonaises – in A Flat Major. Op. 53 (“Heroic”) and the Andante spianato e grande polonaise brilliante – and a Nocturne in C Sharp Minor.

No stone of musical nuance was left unturned. Balazs’ interpretations were magnificent and spellbinding. The full-house audience was transfixed. Most hadn’t heard anything quite like this and on such a majestic level. It was flowing and faultless with a clever interpretation that few others could accomplish.

The intermission was alive with people chatting about the performance. If any were there to just get a taste and then leave, none left. Everybody was eagerly anticipating the second half where Hungarian-born Balazs was going to tackle the repertoire of his fellow countryman Franz Liszt.

No problem. The 22-year-old piano phenom traversed the technical challenges of the second set’s entire Liszt program with aplomb.

“Widmung,” a Schumann-Liszt composition, sailed splendidly into Liebestraum No. 3 with no technical hitches and Les jeux deaux a la Villa d’Este, Paganini Etude No. 3 in G Sharp Minor (“La Campanella”), Hungarian Rhapsody No. 2 followed. Those compositions in the hands of Balazs were effortlessly filled with thunder and serene calm. Afterward the audience was on its feet for a real ovation – not the mandatory kind everyone feels obligated to participate in.

Nobody there in the hall had heard anything like this before in the Capital District for all too many years. It was real greatness from a true prodigy who at 17 was the youngest winner of the Franz Liszt Piano Competition in Hungary. With two encores, Janos Balazs concluded his debut performance here in Albany and, as a matter of fact, here in the USA. We’ll definitely hear more from this wunderkind in the future.

SECOND OPINIONS:
Joseph Dalton’s review at The Times Union
Excerpt from Geraldine Freedman’s review at The Daily Gazette: “Playing before a large, hugely supportive crowd, Balazs, 22, made his auspicious American public debut in a program of some of the most famous works by Chopin and Liszt. Everything he performed showed the joy he gets in playing piano. He was dramatic, passionate, focused, intense, and displayed an often electrifying technique, a varied dynamic palette, and a bold style. He varied his tone from a big, overpowering blast to a feathery light and delicate lace. Most of all, he showed an imaginative sense of pace, nuance, phrasing and the kind of push-and-pull rubato so necessary for both these composers.” 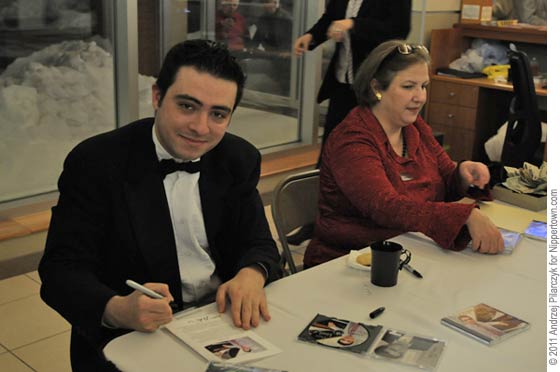 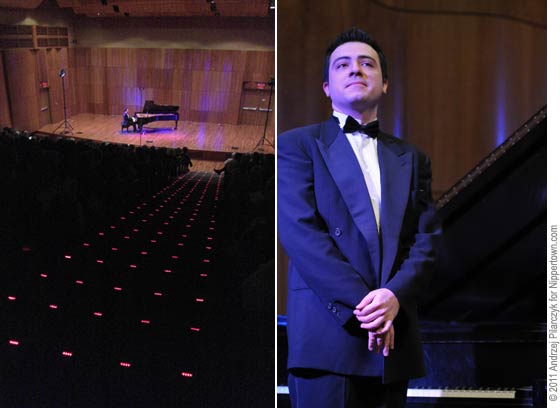