John Whelan, What Was the First Album You Ever Bought? 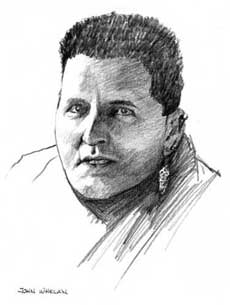 “I would have to say that probably the first album that I ever bought would have had to have been by Joe Burke, the great accordion player from Galway.

The reason I bought it was because I recorded an album for the same record company when I was 14 years old.

It was Outlet Records in Belfast, and Joe Burke had a new album out called ‘Galway’s Own Joe Burke.’ And I’m pretty sure that was the first album that I ever got.”

Celtic accordionist John Whelan teams up with French Canadian fiddler Donna Hebert to explore the Irish-French connection in concert at Old Songs in Voorheesville at 8pm on Saturday, February 12. Tix are $20; ages 12 & under $5.