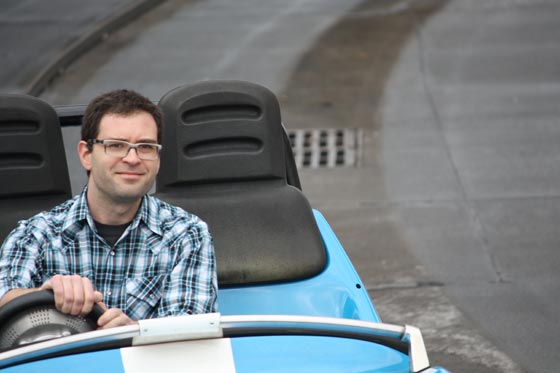 1. THE FIRST ALBUM I EVER BOUGHT WAS … I remember co-opting certain records from my parents’ collection – the “Star Wars” soundtrack was likely the first. Then a friend gave me Def Leppard’s “Pyromania” for my birthday, and I realized it might be fun to have my own records. So the first one I bought was Pink Floyd’s “Dark Side of the Moon” via mail order from J&R. The first CDs I bought were Kronos Quartet’s “Winter Was Hard” and Hugo Largo’s “Mettle.”

2. THE FIRST CONCERT THAT I EVER SAW WAS … The first concert ticket I ever bought of my own volition was for Judas Priest. I wasn’t into it much (besides the cool motorcycles), but my friends were fans, so I didn’t want to be left out. More memorable was the elementary school symphony concert, where I got to sit in the front row directly across from cello section. I guess my flirtation with heavy metal was an unsuccessful attempt at topping the sheer power and physicality I experienced from the orchestra as a 7 year-old.

3. THE FIRST MUSICAL INSTRUMENT I EVER OWNED OR PLAYED WAS … A King alto saxophone. Piano lessons from the neighbor didn’t take. I started playing alto sax in the sixth grade and loved it. My first real horn was a Selmer Balanced Action tenor. Around the same time, I started playing around with a cast-off reel-to-reel tape recorder and a Casio keyboard.

4. THE FIRST SONG THAT I EVER PERFORMED IN PUBLIC WAS … Couldn’t say for sure, though a safe bet would be some children’s choir song in the Baptist church where my grandfather preached. I remember playing a tenor sax solo on “Mack the Knife” with my high school jazz band. I was terrified. I sat down after the solo and thought, “That almost sounded like it worked,” which gave me enough confidence to want to try it again.

5. THE FIRST BAND I WAS EVER IN WAS … Machines. I couldn’t understand why the guitarist, bassist and drummer (who were obviously cooler than me) wanted to bother with a saxophone in the band. One night after rehearsal, the bass player turned on “Night Flight,” and we watched a Sonic Youth music video – possibly a more important collective experience than any of the music we made together.

Holland Hopson will be performing at the Upstate Artists Guild in Albany on Saturday night for the first Albany Sonic Arts Collective concert of the year. Also performing will be Century Plants with Matt Weston, soundBarn and Insect Posse. The evening begins at 8pm, and admission is $5.

Win FREE TIX to Verdensteatret @ EMPAC at RPI on Thursday