Flashback: The 50th Anniversary of the First Man in Space 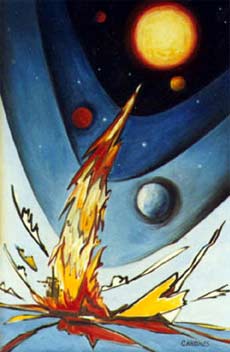 “Circling the Earth in my orbital spaceship I marveled at the beauty of our planet. People of the world, let us safeguard and enhance this beauty — not destroy it!” – Yuri Gagarin