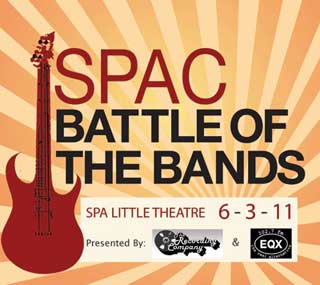 Just a reminder: The deadline for entering the SPAC Battle of Bands at the Spa Little Theater is Friday. All entries must be received by 11:59pm on Sunday. The 10 finalists will compete on Friday, June 3. Go here for additional info.

Also, SPAC has announced that moe. drummer Vinnie Amico will be on the three-person panel who will judge the final round of competition. “I am looking forward to returning to SPAC,” says Amico. “Every time moe. has performed at SPAC, it has been a thrill – a real privilege to play on the same stage where I watched many of my idols perform. Judging (the) Battle of the Bands will be a great opportunity to see some of the best new talent on the music scene and to give these bands some insights that I hope will be helpful.”