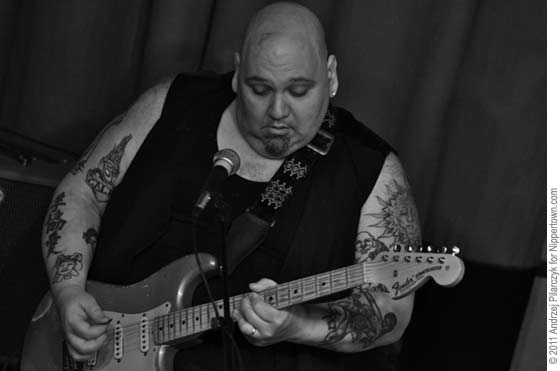 Well, the classic Lynyrd Skynyrd lyric was half-right: Even by Capital Region standards, the weather’s about as changeable as a bi-polar grizzly bear. But the force of nature that started life in the Bronx as Ted Horowitz is still doing what he’s been doing for nearly 20 years, which is lashing audiences with some of the filthiest blues/rock guitar that ever smacked you in the face.

“Welcome to the late show!” Chubby bellowed before lighting into the Skynyrd classic “They Call Me the Breeze.” Popa’s take had a little more rockabilly than the original, but the final product was completely unvarnished and utterly nasty. After getting the almost-full house sufficiently hyped up, he pulled out the ultimate jilted-lover’s-revenge tune, “Hey Joe.” Any piece associated with Jimi Hendrix is a gutsy choice for any guitarist, but Chubby’s facility with the icon’s material is well-documented on the tremendous 3-disc set “Electric Chubbyland.”

Chubby came back to Hendrix later in the show, blasting out a steel-belted version of “Red House,” but he finished “Joe” by going right into the Sir Douglas Quintet chestnut “She’s About a Mover.” Popa originals like “How’d a White Boy Get the Blues”, “Stoop Down Low” and “I’m a Reefer-Smokin’ Man” got their proper place in the show, but Chubby’s biggest impacts were made with cover tunes that showed respect for the original while bearing Popa’s indelible mark. He prefaced a howling take on “Wild Horses” by calling the Rolling Stones “the most dangerous band in the world,” and he seriously souped up Wilbur Harrison’s “Kansas City” after an audience member called out the request. “You got it, man,” Chubby laughed. “I’m here for you!”

Like Hendrix (and Stevie Ray Vaughan, who Chubby is closer to in style and attack), Popa doesn’t need a foil. Drummer Darren Hickey and longtime bassist A.J. Pappas pretty much have only one job: Lay down a rock-solid foundation, and let their leader do his voodoo. That said, Chubby gave the show a very sweet spin when violinist Doug Moody joined Chubby on a great version of Freddy Fender’s “Before the Next Teardrop Falls.” Moody’s fiddle added the right texture to the country classic, and it was even better on another Stones favorite, “Let it Bleed.” Moody wasn’t done yet, though, helping Chubby close the regular set by setting fire to Robert Johnson’s “Hot Tamales & Red Hots.”

This was the second of three hot shows in three weeks at the Van Dyck; the venerable British rock band Wishbone Ash rolls in next weekend. Old school area music fans may despair that jazz is less prevalent in the Van Dyck’s upstairs concert space, but when you look at the big picture, the Brothers McDonald are proving that a small stage with national acts can thrive in the Capital Region. And that is a beautiful thing. 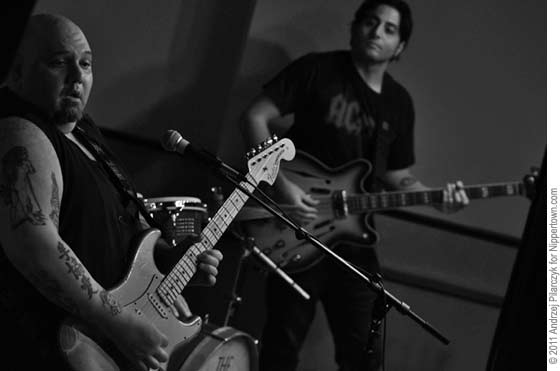