PICKS OF THE WEEK: Jazz Appreciation Division, Part I

April 30th marked the end of Jazz Appreciation Month, a ten-year-old campaign by the Smithsonian to get more recognition for what the late Dr. Billy Taylor called “America’s classical music.” And that’s all well and good… except where I live, EVERY month is Jazz Appreciation Month, so why wait ‘til next year? With that in mind, here are a few things to look for the next time you think your iPod’s not stuffed enough: 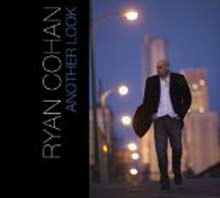 RYAN COHAN – “Another Look” (Motema, 2011)
This Skidmore Jazz Institute alum’s compositional skills have been well-documented; the title suite of his 2007 disc “One Sky” is a soaring soundtrack for the way life should be. “Another Look” delivers another set of great tunes, but most importantly, Cohan trims back his arrangements and shows the world what anyone familiar with him already knows: He’s also one kickass piano player! The funny-but-serious “Monkin’ Around” is a perfect tone-setter, the deconstruction/Latinization of Ellington’s “Caravan” is suitably epic, and Cohan’s two-part “Song for my Grandfather” is the kind of tribute everyone would want. GO, SKIDMORE! 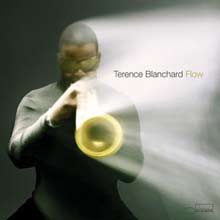 TERENCE BLANCHARD – “Flow” (Blue Note, 2005)
This is one of my Top 10 Jazz Discs of the 21st century. “Flow” was Blanchard’s second release after a long period of writing soundtracks, and the compositions and performances are off the charts. But the Herbie Hancock-produced disc is extremely important because of the three next-level, next-generation players who sprouted from this band to make amazing music of their own: pianist Aaron Parks, guitarist-vocalist Lionel Loueke and drummer Kendrick Scott. Before they left, though, they inspired Blanchard to dizzying heights of creativity on a collection of free-standing tunes that knit together into one amazing tapestry. Absolutely devastating. 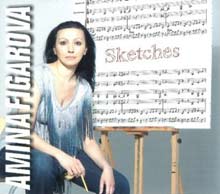 AMINA FIGAROVA – “Sketches” (Munich Records, 2010)
This native of Azerbaijan (until recently a resident of the Netherlands) submitted the greatest creative comment on 9/11 and its aftermath with 2005 disc “September Suite.” “Sketches” is – thankfully – much lighter fare. Figarova is an outstanding pianist with a sprawling compositional sense that’s from the same school as Maria Schneider. Rooted in jazz history but unafraid to take flight, Figarova gives us the blues on “Back to New Orleans,” combines excitement and isolation on “Train to Rotterdam” and shows us the stark beauty of her former resident country with “Caribou Crossing.” Welcome back to the US, Amina! Good to hear you! 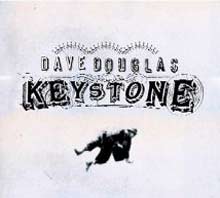 DAVE DOUGLAS – “Keystone” (Greenleaf Music, 2006)
There were maybe 15 people in the Egg’s Swyer Theatre when Douglas performed this music for the second time ever. If you weren’t one of them, you need to see this outstanding example of Y2K jazz-fusion. I say “see” because Douglas composed this riveting music as alternate soundtracks to films by controversial silent-film comic Roscoe “Fatty” Arbuckle, and the films are included in the package. The music and the movies are almost eight decades apart, but Douglas captures both the films’ madcap tone and Arbuckle’s eye-popping talents, infusing them into music made more incredible by saxman Marcus Strickland and mix-master DJ Olive. 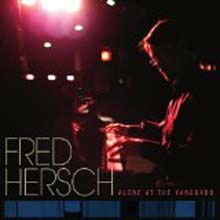 FRED HERSCH – “Alone at the Vanguard” (Palmetto, 2011)
More often than not, jazz clubs are full of talking people, clinking glasses and uncontrolled hubbub. But then, this is child’s play for Hersch, a former instructor of Brad Mehldau who’s faced health issues that would make most of us curl into a ball. You can hear a pin drop as Hersch rolls through a riveting set of classics and originals on the closing night of his week-long run at New York’s famed Village Vanguard. Whether he’s playing the wistful chestnut “In the Wee Small Hours of the Morning,” Monk’s literally staggering “Work” or his own “Pastorale” (a classical piece inspired by Robert Schumann), Hersch is totally in the zone. Another triumph from someone who continues to inspire, onstage and off.