Come on! Memorial Day Weekend! Inter-league baseball! Hot-and-cold running playoff games! Indianapolis! Whatever NASCAR’s doing! Newt Gingrich on the run! Do you need MORE reasons to gather friends, break bread, crack a brew, and grill your nosh of choice? I didn’t think so! Here’s some more discs to improve relations with your neighbors: 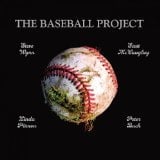 THE BASEBALL PROJECT
“Volume 1: Frozen Ropes & Dying Quails”
(Yep Roc Records, 2008)
What do supergroups sing about in the 21st century? Baseball, that’s what! In all seriousness, the passion that went into the Baseball Project’s first disc (and into their latest disc “Vol. 2: High & Inside”) is the same kind of fervor you’ll find in any bleacher bum who’s lived with the game since he/she was in single digits. Their musical takes on Jackie Robinson, Satchel Paige and (above all) Ted Williams have such buoyancy and energy, you’ll be dancing and singing along even if you haven’t seen a baseball game in your life. Long live the Boys of Summer! 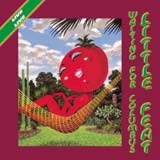 LITTLE FEAT
“Waiting for Columbus”
(Warner/Elektra/Asylum, 1978)
Lowell George’s “breakfast of champions” may have been heroin and Twinkies, but there’s never been a singer/songwriter/guitarist like him since, and when Little Feat was hitting its marks, they were one of the coolest rides at the fair. Nothing the current edition of Little Feat can do comes anywhere close to the boogie-licious magnificence that appears on this phenomenal two-disc live set – and since it is a two-disc set, you not only get all the stuff that was cut from the original CD release, you also get the tunes that didn’t make the cut the first time! 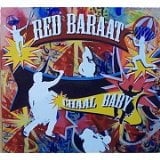 RED BAARAT
“Chaal, Baby!”
(CDBY, 2009)
When is a wedding band not boring? When it sounds like the Rebirth Brass Band on steroids in downtown Bombay, and is led by one of the best young percussionists on the planet. His name is Sunny Jain, and while his last release “Taboo” was one of 2010’s most important discs, Red Baarat is how Jain makes his money, and given the explosiveness of this supercharged outfit, it’s easy to see why. Their joyous mix of Western jazz and Eastern folk songs kept the dance floor filled at MASS MoCA, and if you play this at your party, your guests will do the Bollywood Boogie, too! 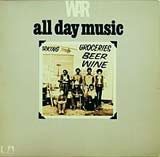 WAR
“All Day Music”
(United Artists, 1971)
Once this Long Beach-based group got out from under ex-Animals frontman Eric Burdon and started making their own music, people became entranced with their heady mix of rock, funk, Latin, R&B and reggae, and this was the first disc that made War some headway. The best track on the disc – the seven-minute jam “Slippin’ into Darkness” – offers a grateful nod to Bob Marley’s classic “Get Up, Stand Up.” But before that, there are tremendous harmonies, bopping grooves and a title track that needs to be listened to in a convertible to be really appreciated. 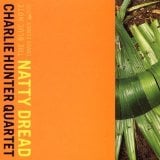 CHARLIE HUNTER QUARTET
“Natty Dread”
(Blue Note, 1997)
Once the execs at Blue Note realized Hunter was never going to be the next Wes Montgomery, they used him as best they could until his contract ran out, and one of those ways was on their “Cover Series” of some of the greatest records ever made. With venomous out-cries like “Them Belly Full” and “Revolution”, the original “Natty Dread” remains one of Bob Marley’s greatest political statements. That said, Hunter’s funked-up, jazzed-out take makes a muscular, personal statement without losing any of the original’s power or importance. That’s fusion, baby!