Nathan Williams, What Was the First Album You Ever Bought? 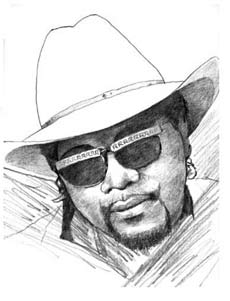 “When I was growing up, Clifton Chenier, the king of zydeco, was my favorite, and my grandmother used to have his album, ‘Black Snake Blues.’

But I used to really love the blues, too. And I think that the first album that I ever bought was a live album by B.B. King. It was a long time ago, when I was only eight or nine years old.”

Accordionist-vocalist Nathan Williams and his band the Zydeco Cha-Chas transform Club Helsinki in Hudson into a Louisiana dance hall at 9pm on Friday. Tix are $18. And don’t forget your dancin’ shoes…