CD Picks of the Week: “A Night in Treme” Edition

In honor of one of Sunday’s anchor acts at this weekend’s Freihofer’s Saratoga Jazz Festival at the Saratoga Performing Arts Center, here are five “instant classics” from The City that Care Forgot: 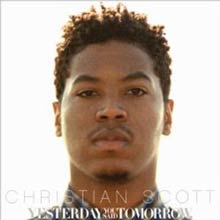 CHRISTIAN SCOTT: “Yesterday You Said Tomorrow” (Concord, 2010)A Skidmore Jazz Institute alum and the nephew of saxman/“Night in Treme” leader Donald Harrison Jr., Scott was anointed as NOLA’s “next big thing” some time ago. But while his ability as a trumpet player has never been questioned, and all his previous discs were solid, Scott takes it through a whole new door on “Yesterday.” Balancing biting social consciousness with heart-stopping talents as a player and composer, Scott takes on his hometown police department (“K.K.P.D.”), Louisiana’s medieval prison system (“Angola, LA & the 13th Amendment”), and the foes of marriage equality (“The Last Broken Heart (Prop 8)”). Throw in a dead-solid-perfect re-boot of Radiohead’s “The Eraser,” and “Yesterday” is more than just a “breakthrough release” for someone who’s already broken through. As Richard Dreyfuss said in “Close Encounters of the Third Kind,” “This means something! This is important!”

LOS HOMBRES CALIENTES: “Vol. 3: New Congo Square” (Basin Street, 2001)
There’s a lot more to NOLA than jazz, and Congo Square is a major part of that: In the times of slavery, blacks from Africa and the West Indies came together in the Square to listen and dance to their native music. Los Hombres (aka trumpeter Irwin Mayfield and percussionist Bill Summers) create a virtual Congo Square on “Vol. 3,” mixing riveting sounds from Africa, Jamaica, Cuba, Brazil and the Dominican Republic with pumping jazz that is classic without being old. Mayfield’s muted trumpet gives Jobim’s “Corcovado” just the right treatment, percussionist Pedrito Martinez (who’s on the Gazebo Stage at Freihofer’s this Sunday) is both hypnotic and haunting on the 3-part “Warrior Suite”, and Kermit Ruffins and the Rebirth Brass Band come together to help build the monstrous “New Second Line (Mardi Gras 2001).” Hey, learning should be fun, and “Vol. 3” is a history lesson anyone could love.ALLEN TOUSSAINT: “The Bright Mississippi” (Nonesuch, 2009)
A member of the Rock & Roll Hall of Fame does a tribute to NOLA’s Golden Age? If it was Rod Stewart, I’d be worried. But this is Allen Toussaint, who was The Man in NOLA in the 60’s, producing hits when he wasn’t writing or recording them himself. He’s also one of the purest piano players you’ll ever hear that isn’t named Ramsey Lewis or Dave Brubeck, and he’s gathered some tremendous players (including UAlbany’s own Don Byron) to blow the dust off a set of Jazz Age classics. Toussaint’s stripped-out take on “St. James Infirmary” should be the standard for that song, Monk’s title track mixes Second Line and “Sweet Georgia Brown”, and Nicholas Payton gets his Satchmo on for a “West End Blues” that’s so sultry, you’d think you were on Bourbon Street in the middle of summer. This is kickin’ it Old School!GALACTIC: “Coolin’ Off” (Fog City, 1996)
Galactic’s gone through a lot of changes over the years – from incorporating blues, rock & hip-hop into their music, to collaborating (on stage and in the studio) with NOLA icons like Irma Thomas and Walter “Wolfman” Washington. “Coolin’” showcases Galactic’s roots as a muscular jazz/funk outfit dedicated to carrying on the work the Meters started. You rarely get this kind of swagger on a debut release, but the opener “Go Go” has the band walking in like they own the place… and, pretty soon, they do! They get their own social consciousness on with the indictment “Something Wrong with This Picture”, but they never leave the dance floor ever, serving up the kind of easy, sexy groove War gave us back in the day. As blisteringly creative as their last disc “Ya-Ka-May” was, sometimes it’s better to cool down than spark up!JOHN ELLIS & DOUBLE WIDE: “Dance Like There’s No Tomorrow” (Hyena, 2008)
This one comes at you from so many angles, your head just might fly off. The overall vibe is very Y2K, thanks to Ellis’ razor-sharp alto sax and Gary Versace’s bubbling keyboards; on the flip side, Jason Marsalis is a brass-band drumline all by himself, and Matt Perrine’s Sousaphone lays down a foundation that is pure Preservation Hall. The result is this dizzying gumbo of Old School NOLA and Y2K NOLA, and it’s nothing but fun. “All Up in the Aisles” gets the Second Line going right out of the box, “I Miss You Molly” is a beautiful tribute to one of the funniest political pundits ever, and “Zydeco Clowns on the Lam” and “Tattooed Teen Waltzes with Grandma” are just as twisted as their National Enquirer titles. Ellis expanded on his vision with last year’s “Puppet Mischief,” but as much fun as that disc was, “Dance” is still my fave!

Real Good for Free: Concerts in the Park, Athens

Glenn Kotche, What Do You Listen to When You Clean the House?

A Few Minutes With… Yeah Universe on their Debut EP, “In Tandem.”