Be Here Now: The Who’s “Tommy” @ The Colonial Theatre, Pittsfield [Berkshire on Stage] 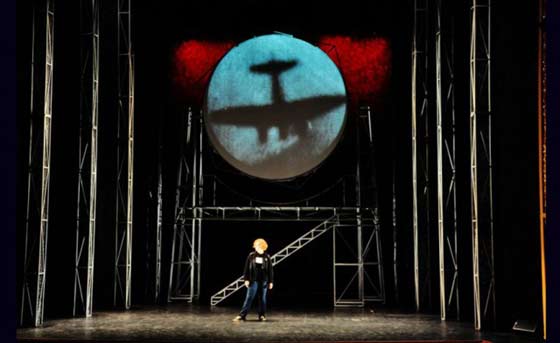 (Updated 7/5) It’s been several months since the Colonial Theatre-Berkshire Theatre Festival schedule was announced and the first show to draw questions was the complex and wildly popular rock opera Tommy by Peter Townshend and The Who. Anticipation continues to build. (July 7-16, 2011) Undertaking a rock opera in the Berkshires is rare, especially this one. The Who’s Tommy was first released as a concept album in 1969, and then given the full Broadway treatment in 1993. It toured the country for a decade afterwards.

In 2011 the Berkshires will be one of the few places in the world where it can be seen in a fully staged production from the Berkshire Theatre Festival on the stage of the Colonial Theatre in Pittsfield, MA. Previews begin July 7, with the opening set for July 9 and the final performance on July 16.

As the rehearsals progress, we were able to snag this snippet of a rehearsal that gives a peek at the choreography and overall concept, though with just the rehearsal piano, street clothes and work lights. You have to imagine the final product, but this behind the scenes view is tempting, isn’t it?

Click the read the rest at Berkshire on Stage.