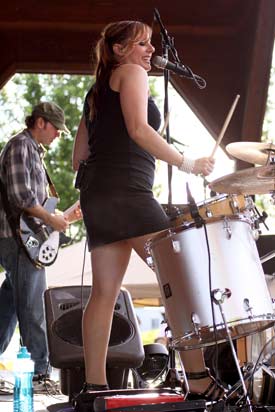 It was a beautiful night for the return of Sirsy to the newly renovated amphitheater on the banks of the Mohawk River in Scotia. The rebuilt terrace surrounding the stage area – next to Jumpin’ Jacks – was nearly full as drummer-vocalist Melanie Krahmer and guitarist Rich Libutti rocked through a set of mostly original material from the four CDs, especially the latest “Revolution.”

The band previewed some songs from their next CD still under construction, including one that Rich described as “so new it has that new song smell.” Also featured were a few covers, including Tom Petty’s “Last Dance With Mary Jane.”

The dance floor in front of the stage had a great many youngsters dancing to songs such as “Revolution,” “Oh! Billy” and “Mary Concetta.”

Mel told the crowd – which included her parents and some of her relatives – that it had been a dream of hers to play the Scotia stage ever since she had been a young girl and seen the annual fireworks show there.

As the band played, the water ski team zipped by on the river and much ice cream was consumed. And it’s a pleasure to report that the venue has high-tech port-a-potties, too. 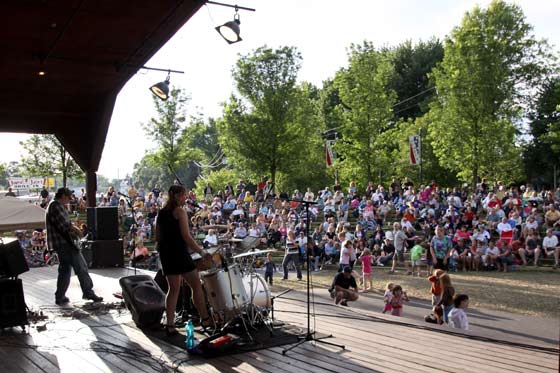