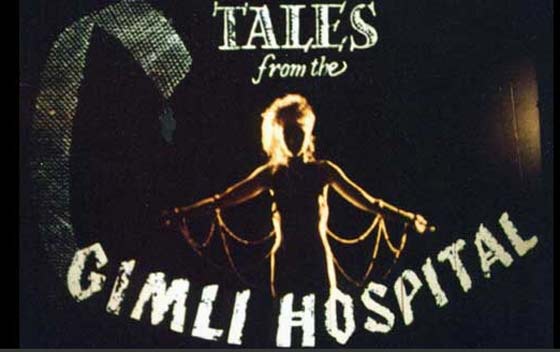 A couple of weeks ago, we announced a sneak peek at EMPAC’s 2011 fall season of events, and it certainly looked mighty promising. Now, they’re released the full schedule for the rest of 2011, and it looks like they lived up to that promise.

EMPAC at RPI in Troy seems to have a little bit of something for everyone. There’s the “Eternal Return” film series, envelope-pushing music, graphic hybrids, Indian dance, cutting-edge theater, lecture series, pop spectacles and Eric Sanko’s puppets venturing to Antarctica…

And in typical EMPAC fashion, there are a number of events that cross all genre and media boundaries, leaving us utterly incapable of describing them. And we love that…

Now through Saturday, November 5 @ multiple venues
Céleste Boursier-Mougenot: “untitled (series #3)” and “index (v.4) for two pianos”
Glasses and bowls touch as they float through pools of water. The fragile sounds of this chance music combined with music created from the building’s network activity that plays on two computer-controlled pianos.
FREE

Wednesday, September 28, 6pm @ Studio 2
Observer Effects: James Elkins
In this interdisciplinary lecture, the renowned art historian will discuss the differential role images play across the departments of a university.
FREE

Tuesday, October 11, 12noon @ the Theater
Detail View: Michael Century
“The Panacea That Failed, 1948-1974” balances the celebratory heyday of art and technology against a rising tide of disillusionment and media-archeological irony.
FREE

Thursday, November 17, 7:30pm @ the Theater
The Eternal Return: “12 Monkeys”
Filmmaker Terry Gilliam’s 1995 dystopian vision, inspired by Chris Marker’s “La Jetée,” in which a convict is sent back in time to save humanity from a ravaging man-made disease.
$6

Tuesday, November 29, 12noon @ the Theater
Detail View: Michael Century
“Virtuality to Virtuosity, 1974-2011” moves beyond what some have termed the crisis of new media art today – its relegation to “cool obscurity” by the institutional art world and its simultaneous co-option by the information industries – by sketching out an anti-anti-utopian view of the potential of experimental artworks as “extraordinary freedom machines.”
FREE

Wednesday, December 7, 6pm @ the Theater
Robert Lue: Using Art to Express and Advance the Scientific Process
The Harvard director of life sciences education and founder of BioVisions discusses the vital and transformative role that visualizations play in science and education research.
FREE

Thursday, December 8, 7:30pm @ the Theater
The Eternal Return: “Wings of Desire”
Wim Wender’s award-winning existential film about angels who silently watch over all of humanity, comforting individuals as they confront the trials of daily life.
$6

Friday, December 9, 8pm @ Studio 2
JACK Quartet
A string quartet performance in two acts, featuring three pieces from the ’60s to the present that play with conventions of music notation and performance, as well as a haunting 30-minute piece from the ’90s with an uncanny spectral interplay.
$18