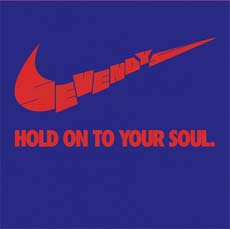 It’s damned difficult keeping up with the tireless Jed Davis, who is likely Nippertown’s busiest low-profile musician. Just last month, we reported the release of Davis’ latest album, “Shoot the Piano Player,” which was engineered by superstar producer Steve Albini.

But Davis – who has worked with everyone from Jessica Simpson to the Ramones over the years – always seems to have a dozen or so irons in the fire, so here’s an update on some of Davis’ other musical activities:

“Hold On to Your Soul,” a new from Sevendys has been posted online. In case you’ve forgotten, the allstar Sevendys line-up includes Davis (vocals/keyboards), drummer Sheridan Riley and guitarist Avi Zahner-Isenberg (both of Sub Pop’s Avi Buffalo), former Steely Dan bassist Chuck Rainey and uber drummer-percussionist Jerry Marotta. The new song, which was recorded at Dreamland Studio in Woodstock, also features special guest John Sebastian on some wailin’ harmonica. The song is available as a name-your-own-price download.

Meanwhile, Sevendys’ debut seven-inch vinyl single has been released on the Los Angeles-based JAXART label. The songs “So So Close” and “When I Step Off the Train” are now available in a limited edition of 100 copies on red vinyl with a hand-silkscreened cover signed by all of the bandmembers. The price is $9.99, which also includes digital downloads of the songs.

And after a hiatus, Davis is now reviving his record label Eschatone Records. “We’re gonna start releasing vinyl again in the fall, beginning with seven-inch singles,” Davis reports. “The first 45 will be from a Baltimore noise/experimental act called Pregnant Spore, but we hope to be of use to Albany artists sooner than later.”

New Concert: Things Are Gettin’ Weird at the Palace