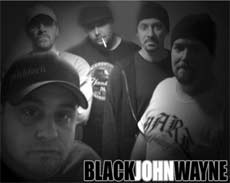 Yes, there’s plenty of festival music on tap for Saturday – from LarkFest to the Roots Music Festival, from the Lake George Jazz Weekend to the Irish 2000 Music & Arts Fest.

But if you prefer something a bit heavier, well, you might just want to head over to Prospect Park in Troy for the annual Ponfest.

The fest will run from 1-8pm on Saturday, and the music kicks off at 3pm. Admission for the all-ages fest is $20.

Here’s the schedule of performances:

MORE FESTIVALS ON THE 2011 CALENDAR: