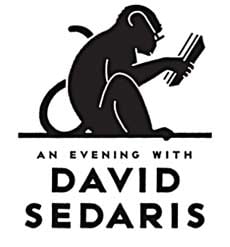 Not only is David Sedaris funny, but he has reached that magic moment in life where he doesn’t have to worry about what other people think of him. He’s probably sold ten million copies of his books, is a regular fixture on NPR and television, adored by the same fans that love David Letterman and Jon Stewart. And what is really interesting is that so much of the humor is self-deprecating, acknowledging that by the normal rules, he does not really fit in. but he can pass for normal if he tries.

So it was great news when the Berkshire Theatre Group announced that David Sedaris, NPR Humorist and Bestselling Author of Naked, Dress Your Family in Corduroy and Denim and Squirrel Seeks Chipmunk, will be speaking at The Colonial Theatre in Pittsfield on Wednesday, October 19 at 7:30pm. Tickets are VIP: $75 A: $65 • B: $45 • C: $25. The VIP tickets include preferred seating. Tickets may be purchased in person at the Colonial Ticket Office at 111 South Street or by calling (413) 997-4444 or online at www.TheColonialTheatre.org. The Ticket Office is open Monday-Friday 10am–5pm, Saturdays 10am–2pm or on any performance day from 10am until intermission.

LIVE: “Night and Her Stars” @ The Bennington Center for the Arts [GailSez]