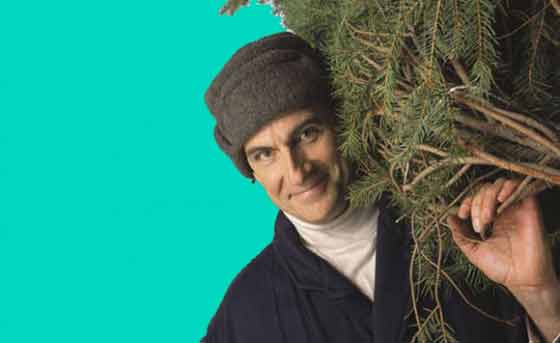 James Taylor will swap his guitar for a pot of greasepaint as he makes his theatrical debut in the classic holiday tale, A Christmas Carol, presented by the Berkshire Theatre Group. He will be joined onstage by his wife Kim, and children Henry and Rufus. It’s going to be a true family-style tale as they go up against the original Scrooge created by Charles Dickins.

“I know that James will bring his inherent charm and gentleness to bear in his portrayal of Bob Cratchit, a good and unpretentious man. So it’s a thrill to direct James Taylor in his theatrical debut. The process for A Christmas Carol is one of celebration and sharing of our common humanity on a community level. And to work with Kim, Rufus and Henry Taylor again will only add to the joy.” – Kate Maguire, Artistic Director

A Christmas Carol will have a limited run of eleven performances from December 17–30 at The Colonial Theatre in Pittsfield. An annual production that previously was performed at the Berkshire Theatre Festival in Stockbridge, it is a community production that sees friends and neighbors come together – this year for the first time on the Colonial stage.
Adapted by Eric Hill and co-directed by Hill and E. Gray Simons III will co-direct again feature not only James Taylor, but fellow company members Kim Taylor, Michael Brahce, Ralph Petillo, Gail Ryan and Chris Vecchia.

Click to read the rest of this story at Berkshire on Stage.

“Shirley Valentine” Lives It Up!

“A Crossing” at BSC Promises and Delivers a Most Exciting Journey

“The Diary of Anne Frank” is Always Relevant at…

“Shirley Valentine” Lives It Up!