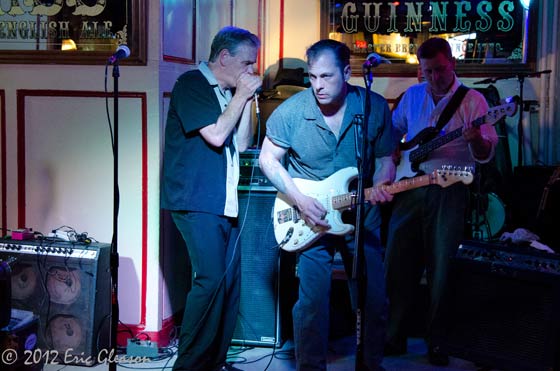 Just like the NFL is better when the Oakland Raiders are resurgent, Albany is a better place when Pauly’s Hotel is hosting live music. Few bands can take over a crowd better than Scotty Mac & the Rockin’ Bonnevilles showed last month at this legendary venue, where the easy parking, array of frosty brews and fine food were added bonuses.

The quartet, in the midst of a reunion this spring, played blues and roots rock with wit and verve, in two sets that had the place buzzing.

Midway through the first set, the band went on an Excello Records jaunt, playing a pair by the immortal Slim Harpo (“Breadmaker” and “Got Love If You Want It”) and letting vocalist Ted Hennessy show off an impressive range of sounds on the harmonica. The original “Fact or Fiction” referenced 1990s infamies both local and national and gave Scotty Mac a platform for some terrific finger-picking. Mac later dedicated the Shadows’ “Apache” and the Ventures’ “Walk Don’t Run” to the late John Wisniewski, “the heart and soul of this place.” With Johnny Ellis (bass) and Pete Vumbaco (drums) laying down a slow, funky vamp, “You Don’t Know That You Don’t Know” was scalding, inspired blues for Hennessy and Mac’s solos.

To the delight of the growing crowd of music lovers and the Bonnevilles themselves, Alison Jacobs strolled up to the microphone and brought sass and class to Big Mama Thornton’s “Hound Dog” and Luther “Guitar Jr.” Johnson’s “Doing the Sugar, Too.”

Highlights of the second set were many as well. Sonny Boy Williamson’s rare gem “Let Me Explain” was Chicago blues done New York style at its finest. The formidable Willie Dixon canon got the spotlight, too, with “29 Ways” and “Pretty Thing” (the latter a hit for Bo Diddley), and the swing dancers hit the stage the moment Louis Jordan’s ode to partying and police “Saturday Night Fish Fry” rolled out. Slick Fitty sax player Justin Birk jumped up to accompany Scotty Mac’s turn at the mic for a boisterous “Double Back Baby”, trading choruses in extended, imaginative solos that stunned the crowd.

Thanking their dear friend, Christina, for the Jim Henson tip, Hennessy and company brought exuberance to the funky Sesame Street-inspired original about a blacklisted Muppet, “Bring Back Roosevelt Franklin!” The late Gary Primich, truly one of the unsung heroes of modern blues, got a fine shout out with a vibrant “I Can’t Stop It.”

The night closed out with a wild mix of tunes. SM&RB originals like “Division 2,” about a young man’s run-in with the Albany police, and “Graveyard for the Blues,” a ghoulishly comic account of nights playing to indifferent audiences, kept the Pauly’s crowd rapt. A pair of iconic pieces, Billy Boy Arnold’s “I Wish You Would” and William Clarke’s “Travelin'” showed off the chops of all on the stage. Scotty Mac took the vocals for a fine rendition of T-Bone Walker’s “T-Bone Blues Special,” before the band rang in the approach of 2am with raucous takes of “Playin’ Hooky” and and Little Walter Jacobs’s “Off the Wall.” 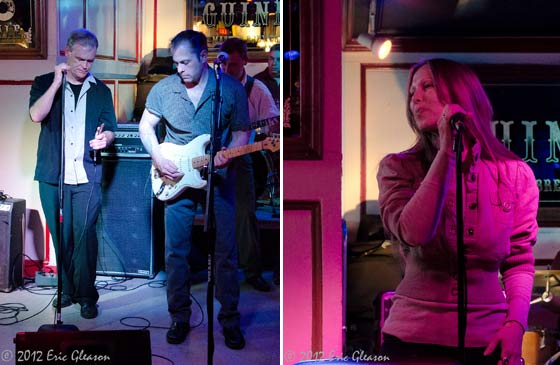 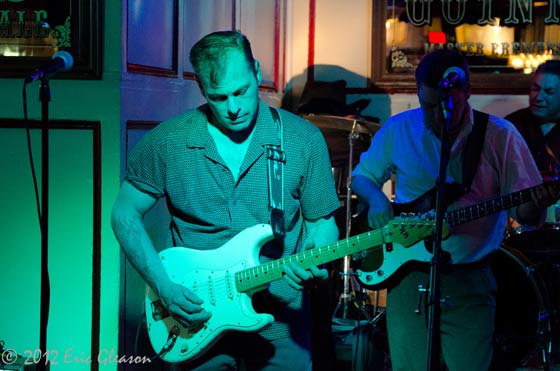