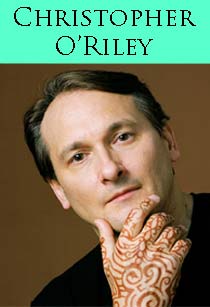 Pianist and visionary Christopher O’Riley will play selections from Radiohead, The Cocteau Twins, Arcade Fire and more at The Colonial Theatre on Friday, August 17 at 8pm at the Colonial Theatre in Pittsfield. The event is sponsored by WMHT.

O’Riley has dazzled the world over on stage, on the radio and on his records. His memorable interpretations of traditional and popular repertoire make him a cherished bridge between musical tastes, genres and audiences worldwide.

Christopher O’Riley differs from other artists in two ways. First, his repertoire spans classical styles, from Rachmaninoff, Beethoven, Chopin, Ravel and Busoni to contemporary artists such as Radiohead, Nirvana, Pink Floyd and Elliott Smith. He is the deﬁnition of a Classical Crossover artist. Second, O’Riley ‘s unique, passionate and heartfelt piano interpretations of both classical and popular music create unforgettable musical performances and astonishing audience experiences. His most famous recording, Radiohead’s True Love Waits album, was awarded four stars in Rolling Stone magazine. It has also created a dedicated and diverse fan base that appeals to all ages, uniting them through music.