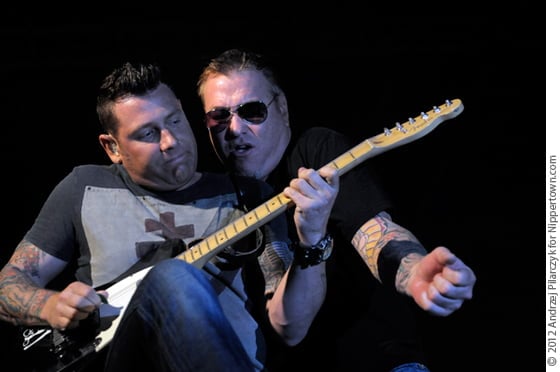 But the move indoors made the concert seem like a low-budget arena rock show rather than the usual, fun-in-the-sun party in Corning Preserve. And the truth of the matter is that ’90s pop-rockers Smash Mouth were never much more than a frat-rock party band – not even in their heyday.

To their credit, the band drew quite a sizable crowd to the downtown arena, including more than a few families with kids in tow. And that made sense considering that many of the little ones were undoubtedly fans of the band because of their “Shrek” soundtrack contributions.

But chances are that most of the families left early – probably shortly after Smash Mouth frontman Steve Harwell and his bandmates launched into their show, which was littered with f-bombs and other expletives. Needless to say, it was hardly the typical family-friendly fare of the city-sponsored Alive at Five series.

Hyper-active keyboardist Michael Klooster was literally jumping up and down with abandon as the band whipped up a decent cover of the garage-rockin’ gem “Can’t Get Enough of You, Baby,” from the vintage catalog of ? and the Mysterians. “Then the Morning Comes” – one of the band’s three Top 40 hits – came early in their show, but they lost momentum by following it with Harwell’s lame attempt at rapping during “Come On, Come On.”

“Story of My Life” was one of their better efforts, pairing up a stadium-ready, shout-along chorus with a funk groove. It’s the kind of thing that these guys do best – anthem chants. Most of their songs are constructed around simple choruses, and when vocalist Harwell wasn’t spitting beer into the air or showering it on the folks in the front rows of the crowd, he was declaiming them in some sort of brash chant/croak that fell far short of the usual definition of “singing.”

When the band dared to veer into more melodic territory – as they did with new songs “Always Gets Her Way” and “Flippin’ Out” from their upcoming album “Magic” (their first in six years, due out next Tuesday, September 4) – Harwell’s vocal shortcomings were not only glaringly evident, but approaching laughable. By the time they got to their cover of the Monkees’ “I’m a Believer,” I was half-convinced that Harwell was goofing on the crowd by intentionally singing soooo far off key that he wasn’t even in the same time zone as the melody.

SMASH MOUTH SET LIST
Everyday Superhero
Getaway Car
Can’t Get Enough of You, Baby (? & the Mysterians)
Then the Morning Comes
Cone On, Come On
Diggin’ Your Scene
Story of My Life
So Insane
Always Gets Her Way
Flippin’ Out
Magic
Walkin’ On the Sun
Ain’t Talkin’ ‘Bout Love (Van Halen)
You Really Got Me (the Kinks>Van Halen)
I’m a Believer (the Monkees)
ENCORES
Let’s Rock
All Star 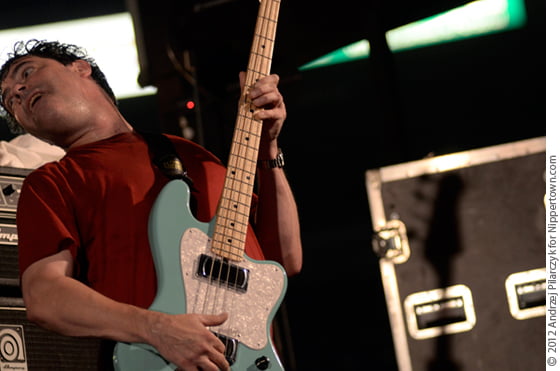 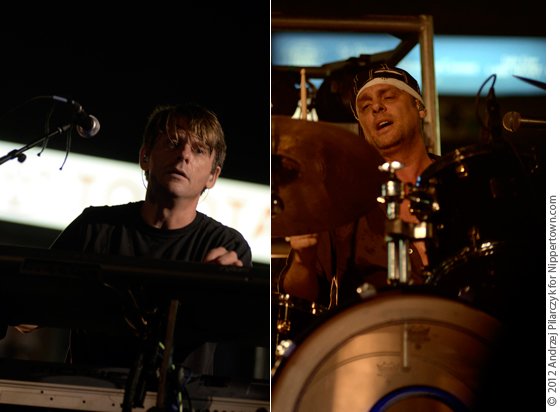