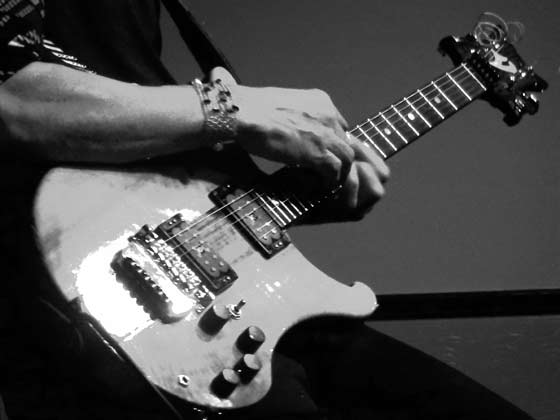 Review and photographs by J Hunter

Sometimes it’s hard to remember Stanley Jordan does play with other people. The guitarist worked with groups like the Dave Matthews Band, Umphrey’s McGee and Phil Lesh & Friends; and Christian McBride, Nicholas Payton and Kenny Garrett are just some of the all-stars that appear on Jordan’s 2011 Mack Avenue release Friends. (He even shares space with fellow axe-murderers Bucky Pizzarelli, Mike Stern and Charlie Hunter!) But for his two-set stand at the Van Dyck, Jordan was, in his own words, “back to doing this ‘Me and my guitar’ thing!”

After 25 years, you’d think Jordan would want to tweak that act a little, and he has, to a certain extent: When he opened for Kenny Garrett in Glens Falls five years ago, he played piano and guitar… at the same time. But on this night, the only visible difference from past years was Jordan’s look: The short ‘fro has been replaced by a natural ‘do parted down the middle, with bangs heading in opposite directions and a short ponytail. A bird’s-feather earring dangled from his left earlobe as Jordan eased into his first number, an unannounced meditation that mixed jazz, blues and classical forms into one seamless package. Jordan followed that with a superfast take on “El Condor Pasa” that took the Paul Simon composition deep into flamenco territory, as he made jaws drop for the umpteenth time with his signature two-handed, fingertip-tapping style.

“How do you do that?,” an audience member asked plaintively between songs. Jordan just smiled: A good magician never reveals his secrets.

Jordan rolled through a 90-minute set that mixed more meditations with singular renditions of Lennon & McCartney’s “Yesterday,” Thelonious Monk’s “Blue Monk” and Led Zeppelin’s “Stairway to Heaven.” Given the scope of the latter piece, you’d think there’d be no way any single musician would try it, let alone come close to doing it justice. But with a percussive attack that has equal parts of Stanley Clarke and Eddie Van Halen, Jordan touched every corner of the original recording and made it his own, up to and including the epic closing section that was a major touchstone for many a ’70s-era teenager. 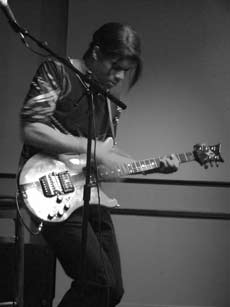 “I caught a cold,” Jordan told us at one point. “But this music is my therapy, so I’m fine.” He ended one piece by blowing his nose with a tissue that sat on a table next to his various effects boxes, and even blew his nose in the middle of song – while still playing with his other hand! Jordan may take his music seriously, but he has no problem laughing at himself. He prefaced the 4th movement of Bartok’s “Concerto for Orchestra” by confiding that he hadn’t played the piece on solo guitar before. (On the Friends version, Jordan played piano while Regina Carter played violin.) After knocking the piece through the roof, Jordan off-handedly said, “I think I should do it that way more often.”

The set ended with “Eleanor Rigby,” the piece that made people ask, “Who is THAT?” when Jordan made an unscheduled appearance at the Amnesty International “A Conspiracy of Hope” tourstop at Giants Stadium in 1986. (Before that he’d played with Benny Carter and Dizzy Gillespie, but the Amnesty show was Jordan’s first national gig.) Again, you’d think there’d be changes or variations in the piece after three decades, but its appearance was akin to an old friend walking into the upstairs club that – despite horrific traffic disruptions caused by Schenectady’s Christmas Parade – was packed to the rafters. Having been mesmerized by Stanley Jordan in regular concert halls, seeing him perform his two-handed sorcery in a small space like the Van Dyck was completely off the charts. 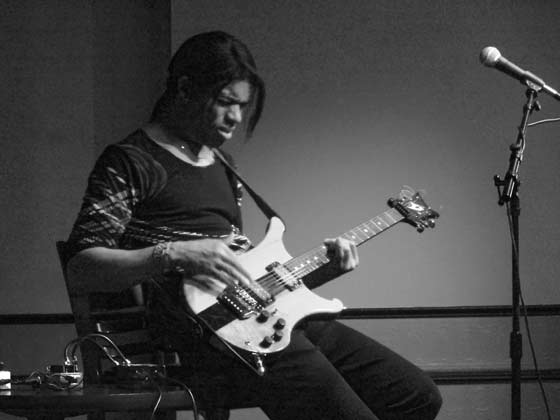 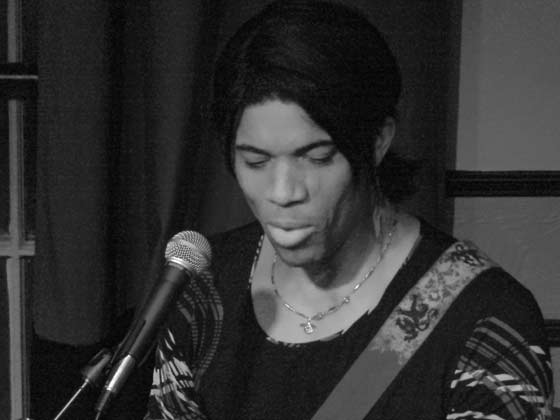