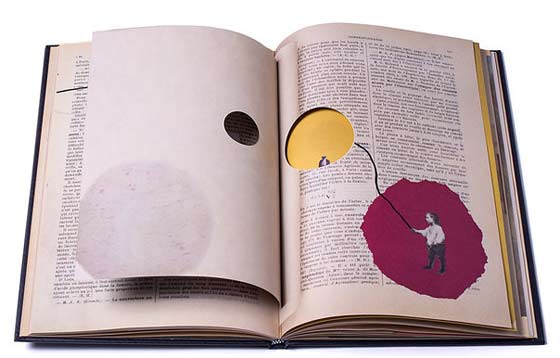 One of Joseph Cornell’s favorite pastimes was to meander through the used bookstalls of lower Manhattan, sorting through old books, magazines, postcards, photos, and other ephemera in search of items to spark his creative impulses. Sometime in the early 1930s he came upon the Journal d’Agriculture Practique (Volume 21, 1911), a voluminous handbook of advice for farmers. Though he was very much an urban creature, he adored French culture of that period, and the book was filled with charming black and white engraving and photographs of pigs, horses, vegetables, and farm machinery. Over time Cornell altered and reinvented many of the pages in the Journal. He inserted collages, photomontages, and occasional drawings; he crossed out words in the text and made French puns with others. Hand-colored engravings, cutouts, and lift-ups intricately transport the reader from page to page. The dazzling elegance of Cornell’s work on the Journal has rarely been viewed. It was discovered in his basement studio soon after his death in 1972 and is now in the collection of the Philadelphia Museum of Art. Due to its fragility, the work is not well known, even among Cornell scholars. Now, in a unique venture, sixty of the most extraordinary pages have been re-created in virtual facsimile, with cutouts, glue-ons, and other unique handmade details. Included in a specially designed box are a DVD of the entire work, including pop-up commentaries, and a volume of illustrated essays on the Journal and Cornell’s artistic practice. 103 illustrations 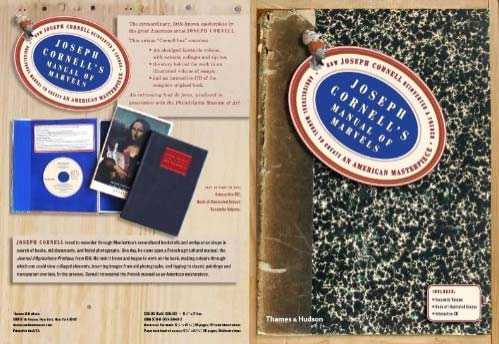 Another New Concert for the Troy Savings Bank Music Hall