Barrington Stage Raises the Curtain on 2013 [Berkshire on Stage] 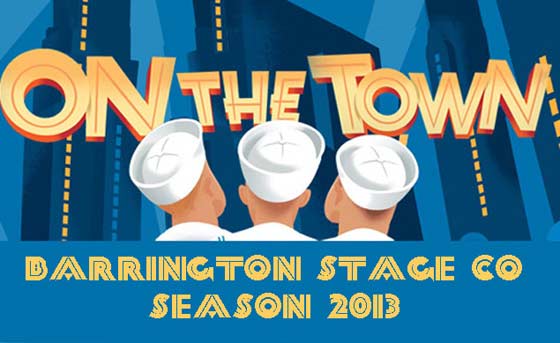 by Gail Burns and Larry Murray

Once again, Barrington Stage is the first Berkshire theatre company to announce its slate of shows for the 2013 season.

Seven new productions were announced at a lunchtime gathering attended by a dozen arts writers and reporters in the Berkshires, plus – suprisingly – Pittsfield Mayor Bianchi, the Berkshire Visitors Bureau and the Berkshire Bank, an impressive sample of the opinion and taste makers for the Berkshires. They knew that what the company’s artistic director, Julianne Boyd, had planned would affect them all, one way or the other.

Boyd did not disappoint. Once again she has firmly grasped the contemporary and traditional and smashed them together for an explosive 2013 season. Her nose for sniffing out the elemental human condition and finding ways to expand them theatrically is amazing. From a practical standpoint, full audiences for BSC means busy restaurants in downtown Pittsfield and beyond. The strong cadre of local ticket buyers is supplemented by a growing base of visitors who now add the company’s productions to their summer sojourns.

“In 2013,” Boyd observed, “our stages will be lit for a full six months of the year, not just during the peak summer months.” For a company that began on the stage of a high school in Sheffield 20 years ago, it has grown to become the trend setter of the Berkshires, typified by taking on its first Shakespeare play, Much Ado About Nothing, putting it in the traditional late summer comedy spot, and mining it for its humor. Supplementing its community work via the Playwright’s Mentoring Project, the company will work closely with Shirley Edgerton’s Rites of Passage group to develop an evening of poems and stories written by Pittsfield residents that is inspired by Nozatke Sange’s play For Colored Girls which also gets a full professional production.

The ever reliable Mark St. Germain turns his attention to F. Scott Fitzgerald and Ernest Hemingway in an imagined meeting of the authors and frenemies in Hollywood, the premiere of Scott and Hem in the Garden of Allah.

CCT’s “Misery”: All the Fear and Excitement You Could Hope For