…and if you think I used all my door prizes on the Concerts Countdown, you are SO mistaken! 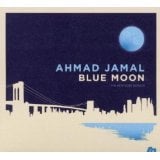 LIFETIME ACHIEVEMENT AWARD
AHMAD JAMAL
Blue Moon
(ACM/Jazzbook)
Unlike in rock and roll (where the Rolling Stones look more like car-crash victims now than they did in the bad old Exile on Main Street days), 82-year old jazz musicians aren’t curiosity objects. Unlike some octo-jazzers, though, Ahmad Jamal isn’t resting on his 50-year old recordings. Blue Moon features some of his most aggressive work to date, with Manolo Badrena’s borderline-industrial percussion bringing Jamal well into the 21st century. Getting old sucks, but being old rocks! 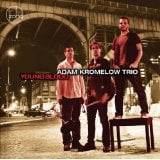 ROOKIE OF THE YEAR
ADAM KRONELOW TRIO
Young Blood
(Zoho Music)
You know how they say, “It’s not what you know – it’s who you know”? Adam Kronelow has already associated with three great piano jazzers: Jason Moran and Vijay Iyer were his teachers at Manhattan School of Music, and Arturo O’Farrill produced this Chicago native’s debut release. But one listen to Young Blood and you’ll see that he’s learned his lessons well. Backed by two fellow Gen-Y fire-breathers, Adam Kronelow may pick up where his teachers leave off. Stay tuned! 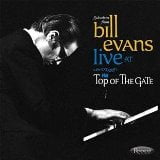 FOUND TREASURE
BILL EVANS
Live at Art D’Lugoff’s Top of the Gate
(Resonance)
Somebody owes George Klabin a drink. In 1968, he recorded Bill Evans for broadcast at the 2nd-floor supper club above the legendary Village Gate. Thanks to Klabin’s meticulous mic placement, this sublime two-set performance is as crisp as it must have sounded on Columbia University’s WKCR-FM. Evans carries over a few numbers from the first set, but given the tremendous dialogue he has with bassist Eddie Gomez, it’s not a bad thing to hear the same stories one more time. 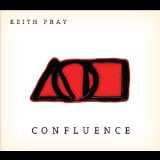 And with those items checked off… DRUM ROLL, PLEASE: 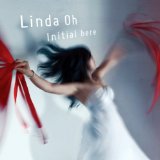 Number 10…
LINDA OH
Initial Here
(Greenleaf Music)
New music you see in concert usually doesn’t have the same spark when it gets to the studio. Happily, Linda Oh’s major-label debut is the exception to the rule. The multi-national bassist played most of this music at Zankel Music Center in 2011, and Fabian Almazan’s keyboards sparkle just as brightly here as they did at Skidmore. As great as her own compositions are, her deconstructions of “Come Sunday” and “Something’s Coming” show a fertile musical mind I hope to hear for years to come. 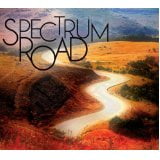 Number 9…
SPECTRUM ROAD
Spectrum Road
(Palmetto)
“Another Tony Williams tribute disc? Been there, heard that!” But Spectrum Road is less about the iconic drummer and more about the Tony Williams Lifetime, which launched Miles Davis’ jazz-fusion concept into low-Earth orbit. Williams devotee Cindy Blackman Santana does her inspiration proud, while John Medeski goes apeshit on every keyboard he owns. Vernon Reid delivers his best work since Living Colour, and Jack Bruce’s bass work reminds us why Cream was a super-group. 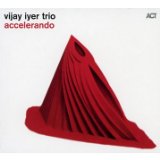 Number 8…
VIJAY IYER TRIO
Accelerando
(ACT)
Technically, Vijay Iyer’s latest effort is a dance album, though you’ll probably never hear it on FLY 92. We’re talking the kind of dance that you find at Jacob’s Pillow every summer, and it’s easy to see someone like Twyla Tharp (or our own Ellen Sinopoli) send some unsuspecting ballet corps flying through the air to this music. Iyer’s compositions are absolutely rampant, and he even improves on the version of Michael Jackson’s “Human Nature” he made for his last disc Solo. Trio Jazz 2K! 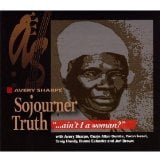 Number 7…
AVERY SHARPE
Sojourner Truth: “…ain’t I a Woman?”
(JKNM)
Bassist Avery Sharpe wanted the younger generations to know that Voter ID and “binders full of women” are just the latest skirmishes in the long war for civil rights in the United States. Using the words and actions of African-American activist Sojourner Truth for inspiration, Sharpe creates a blazing set of music that will never be mistaken for an ABC “After-School Special.” Vocalist Jeri Brown makes Sojourner live, breathe and demand to be heard. Yeah, you’d better listen! 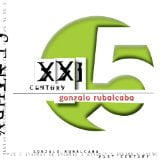 Number 6…
GONZALO RUBALCABA
XXI Century
(5Passion)
It took me a while to come around to Rubalcaba’s last disc Avatar: I finally agreed with friends that there was brilliance and beauty there, but it still came in a package that was too complex to completely open. Although XXI Century has double the discs, the Cuban pianist has returned to the idea that less is more when it comes to instrumentation. Supported by a tight unit featuring Lionel Loueke and Pedrito Martinez, Rubalcaba is free one moment, funky the next, and terrific throughout. 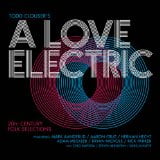 Number 5…
TODD CLOUSER’S A LOVE ELECTRIC
20th Century Folk Selections
(Royal Potato Family)
This date may start with a song popularized by Pete Seeger, but don’t think 20th Century is some souped-up hootenanny. Clouser applies the concept of “folklore” to artists you’d never associate with Bob Dylan or Phil Ochs. (Well, Neil Young – whose mournful “Needle and the Damage Done” is shown through the eyes of an addict – might be.) The results are thunderous reboots of music by Buddy Holly, Nirvana and the Velvet Underground that add more pages to Great American Songbook 2.0. 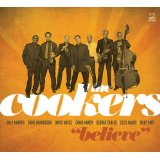 Number 4…
THE COOKERS
Believe
(Motema)
Compared to Ahmad Jamal, the Cookers are practically teenagers! They’re also jazz royalty like Jamal, and at their average age, all they should be doing is showing up at festivals and playing music from their past. That’s basically what they do on Believe, which is made up of tracks they’ve recorded individually. But trumpeter/producer David Weiss’ dynamite arrangements galvanize both the compositions and the players. The Cookers are more proof that age is nothing but a number. 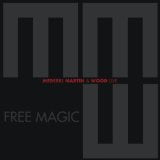 Number 3…
MEDESKI MARTIN & WOOD
Free Magic
(Indirecto)
All acoustic instruments… No electric gadgets… No problem. You can take away Medeski Martin & Wood’s toys, but you can’t remove a musical hive-mind that can (in the words of the late Donald “Duck” Dunn) “turn goat piss into gasoline.” We just saw what MMW can do in this expansive, improv-heavy format at Massry Center for the Arts, but Free Magic comes from a mini-tour that rolled through The Egg in 2007. It boggled my mind then, it boggles my mind now… and I’m so, so good with that! 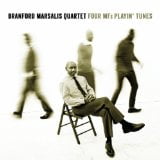 Number 2…
BRANFORD MARSALIS QUARTET
Four MFs Playin’ Tunes
(Marsalis Music)
Branford Marsalis replaced one of the greatest drummers of his generation with a 20-year old. What could possibly go wrong? How about… not a damn thing? Justin Faulkner is definitely the real deal, as we saw when the Quartet played Proctors in February. This glorious mix of originals and standards is more of the same hard-bop goodness from my favorite Marsalis, who’s just doing what his old boss Art Blakey did back in the day: Teachin’ the young’uns the right way to do things! 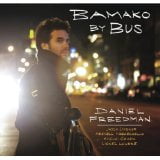 DANIEL FREEDMAN
Bamako by Bus
(Anzic Records)
It’s the journey, not the destination; Daniel Freedman took a journey through West Africa, the Middle East and Cuba that shaped him into the death-defying, genre-hopping percussionist he is today. Bamako by Bus is a joyous musical journey around the world, with Freedman as the tour guide and wizards like Avishai Cohen, Yosvany Terry, Mark Turner and Me’Shell Ndegeocello driving the bus. Anything that makes me smile as much as Bamako did deserves the top spot, and that’s that!

Some of these choices are not for everyone. Ask your doctor if this music is right for you… and if he/she says, “Yes,” then you’ve got the coolest doctor in Greater Nippertown.