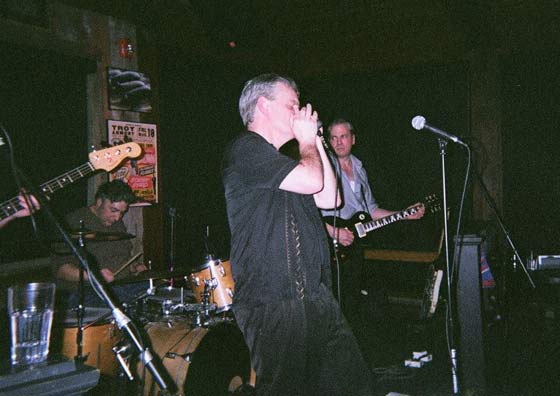 Blues, BBQ and beer – it’s an Earthly trinity that should never go unheralded, especially when there is no cover charge. A lively crowd with good taste in all three areas showed up in force at the Dinosaur BBQ in Troy to hear the area’s finest blues band.

Since regrouping early last year after a significant hiatus, Scotty Mac & the Rockin’ Bonnevilles have been playing almost monthly. Billing this gig as the “Post V.D.” show (Valentine’s Day, just so you know), they opened with a powerful take on “Chicken Shack,” with Ted Hennessy playing some galvanic harp. The original “Just My Luck” kept the tempo up, with Scotty Mac playing his customary out of sight guitar and Johnny Ellis (bass) and Pete Vumbaco (drums) locking into irresistible rhythm.

The first set was heavier on covers than usual, but who else has the chops and imagination to play from such disparate sources? The sounds of Excello, Chess, Vee-Jay and Sun records were well represented, and The Shadows “Apache” sounded mighty fine with the jump blues of Louis Jordan’s “Saturday Night Fish Fry” following soon afterwards.

The band’s legendary “Fact or Fiction” referenced with tongue in cheek all the sordid nonsense of the 1990s on a local and national scale, gave way to several cleverly integrated television themes, and then hit the Tom Waits’ psychodrama “Heart Attack and Vine” with gusto. Scotty Mac stretched out a series of brilliant solos on Freddie King’s “Head’s Up”, and Hennessy had his bandmates grinning like cats at a bird feeder during a celebration of the culinary delights (“Dinosaurs in Heaven”).

Shortly after midnight, the band regrouped for a second set, a cool mix of originals and covers for the true fans. Scotty Mac’s guitar went into rhythmic overdrive for “Check Your Pulse” and Little Walter’s Juke.” In “Bring Back Roosevelt Franklin,” Hennessy regaled the crowd with the compelling case for reinstating a Muppet icon. “This one’s by Eric Clapton, before the ‘Tears in the Heaven’ days!” quipped Mac before tearing into a Bluesbreakers touchstone from 1965.

Not to be overshadowed, Ellis belted out a raunchy “Diddy Wah Diddy.” Despite being a bit under the weather, Vumbaco played sleight of hand with time and space on “Graveyard for the Blues,” a song that welcomed free associative moments and even a jaw-dropping, sneak attack vocal contribution from an audience member. 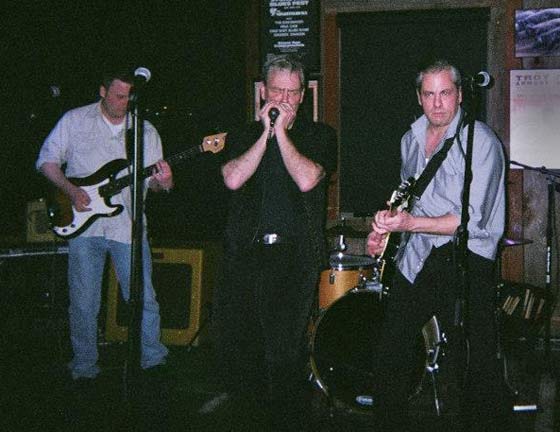 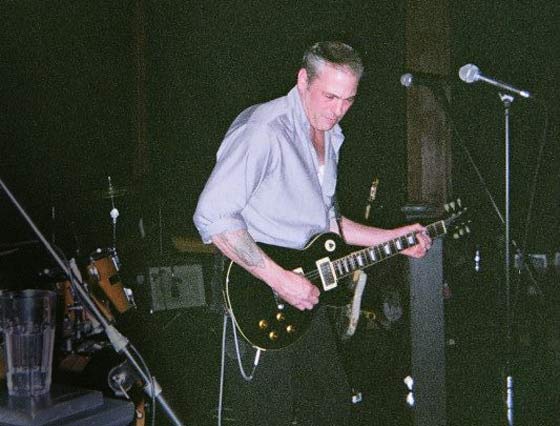