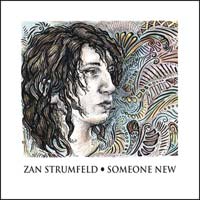 ZAN STRUMFELD
Singer-songwriter Zan Strumfeld moved back to the Local 518 from New Paltz last fall, and it certainly hasn’t taken her much time to establish herself on the Nippertown music scene. She headed into the CRUMBS Cafe Studio with producer Mike Guzzo and emerged with her new album Someone New.

The solo album was basically recorded live with some vocal harmonies thrown into the mix to sweeten up the deal a bit.

But when Strumfeld hits the stage at More Bread & Jam in Cohoes on Saturday (March 9) for her CD release party, she won’t be alone. Instead, she’ll be backed by an all-star band of Local 518 musicians, including August Sagehorn (of Alta Mira), Bob Buckley (of the Kamikaze Hearts and These Are the Hits), M.R. Poulopoulos and Brian Kelley.

Adding to the evening’s festivities, Poulopoulos and Matt Durfee will be reuniting as Palaytpus to open the show at 7pm. 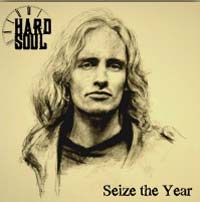 HARD SOUL
Guitarist-frontman Johnny Salka and his rockin’ band are making a bold prediction with the title of their new EP Seize the Year. The follow-up to Hard Soul’s 2012 debut EP Love Eats the Young, the new five-song disc was recorded last year at Four Legs Records in Washingtonville.

You can hear the title track here…

Co-produced by Salka and Steven J. Goldman, the new EP was released on CD and digitally last week, but Hard Soul is headed into Valentine’s Music Hall in Albany on Saturday night (March 9) for their official release party. The bash also celebrates the release of Seize the Year on 12-inch vinyl via their successful Kickstarter campaign, which raised more than $5,000.

The festivities kick off at 8pm on Saturday with opening sets from bluegrass-punksters Neversink and Local 518 rockers the Elements. Tickets are $8; under 21 $10. 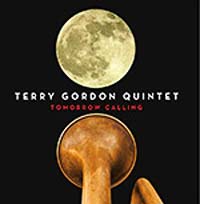 Meanwhile, on the jazz tip, the Terry Gordon Quintet is unleashing their new album, Tomorrow Calling, this weekend. The follow-up to 2006’s Homeward Bound, it’s the fourth CD from veteran trumpeter Terry Gordon and his combo.

A deft blend of straight-ahead jazz with blues, ballads, samba and funk, the album showcases nine original compositions from the band – six from the pen of Gordon, as well as one contribution each from saxman Eric Walentowicz, bassist Bill Lawrence and drummer Matthew Maguire. Guitarist Michael-Louis Smith rounds out the quintet’s line-up.

Produced by Gordon and engineered by Jeff Dowd, the album was recorded last year at WEPA Records Studio in Scotia.

The Terry Gordon Quintet celebrates the release of “Tomorrow Calling” with a CD release party on Sunday afternoon (March 10) at Panza’s on Saratoga Lake. Sponsored by the Swingtime Jazz Society, festivities get under at 4pm on Sunday with a performance by TG4. Following the concert, the band will host an open jam session beginning at 6pm. Admission is a minimum donation of $15; students $5.