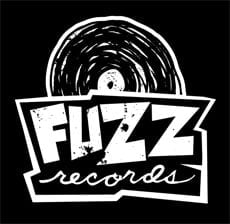 What we mean is that Fuzz Records, Albany’s Lark Street record shop that first opened its doors just a year ago, will be celebrating its first anniversary by expanding its business plan and launching its own record label.

The initial offering from the new record company will be the limited edition, vinyl version of Maggot Brain’s album Stop and Breathe, which the indie metal band released in CD format last November. The colored-vinyl album version is slated to be released on Friday, April 12 with an album release party at Valentine’s Music Hall in Albany.

Josh Cotrona, owner of Fuzz Records shop is partnering with local musician August Rosa (formerly of Aficionado) to operate the record label. They promise that the initial wave of releases will include indie, metal and other alternative music genres.

“We don’t want to confine ourselves to one genre,” says Rosa. “In our opinion every great label defies genre boundaries and explores uncompromised music in its purist creative state.”

“We are excited to start with a focus on our home base”, says Cotrona. “The Capital Region has many acts whose music could easily parallel with national talent. The alternative culture in the area is exciting, and I am happy support the local music scene by using the shop to incubate new creations as a label.”

The label’s inaugural release party will take place at Valentines Music Hall in Albany at 7pm on Friday, April 12. In addition to Maggot Brain, the evening’s festivities will include performances by San Francisco’s Kowloon Walled City, Boston hardcore experimentalists Zozobra and local sludge band Hush. Priced at $6, advance tickets are available online or in person at Fuzz Records. Tickets will be $8 at the door.

“Lucky Stiff,” A Rare Chance to See a Neglected Musical in Troy, NY [Berkshire on Stage]

Win FREE TICKETS to Railbird at Valentine’s on Saturday!